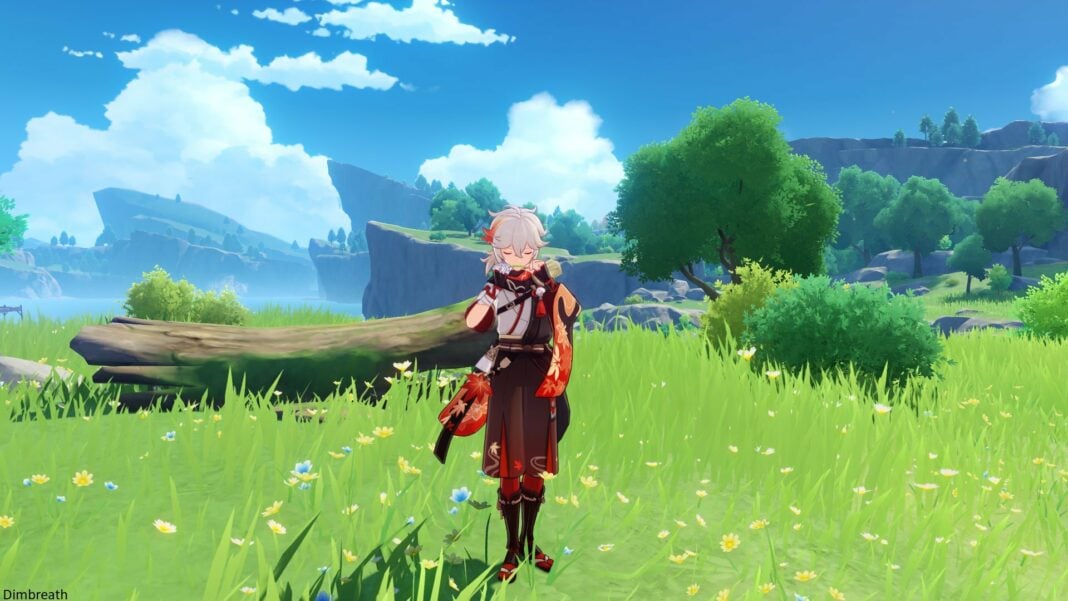 Recently, with Genshin Impact 1.6 closed beta testing currently underway, a series of new leaked details on Kazuha is popping all over the internet. In this article, we will share all important leaked information on Kazuha that you need to know.

Kazuha is a five-star Anemo user from Inazuma region whose weapon of choice is a sword. His elemental skill is called Chihayafuru. It pulls objects and opponents towards Kazuha’s current position before launching the opponents within the AoE, dealing Anemo damage and lifting Kazuha into the air on a rushing wind current.

Meanwhile, Kazuha’s elemental burst attack is called Manyou no Ittou. According to the leaks, it is described as the ultimate Garyu technique – a single slash akin to a coming storm that deals AoE Anemo DMG. The blade’s passage will leave behind a field name “Ruka Akino” that deals with Anemo DMG at set intervals to opponents within it.

As usual, Kazuha elemental skill has two mode’s hold and press mode. Moreover, his elemental attacks offer different effects that you should know about. We have a dedicated guide on Kazuha’s elemental abilities, check it out for more details.

We also have a dedicated article on Kazuha’s idle and other animation leaks. In that, we explain and talk about Kazuha and his animations. So check it out for more details. And, if you want to just check the idle, elemental skill and burst animation, then check out the below videos.

According to the surfaced leaks, Kazuha is expected to come out with Genshin Impact 1.6 update, which will release in June 2021. Kazuha is affiliated with Beidou’s fleet and he will play a vital role in transporting the Traveler to the closed Islands of Inazuma.

Supposing the leaks are on point, Kazuha will be the first Inazuma character to release.