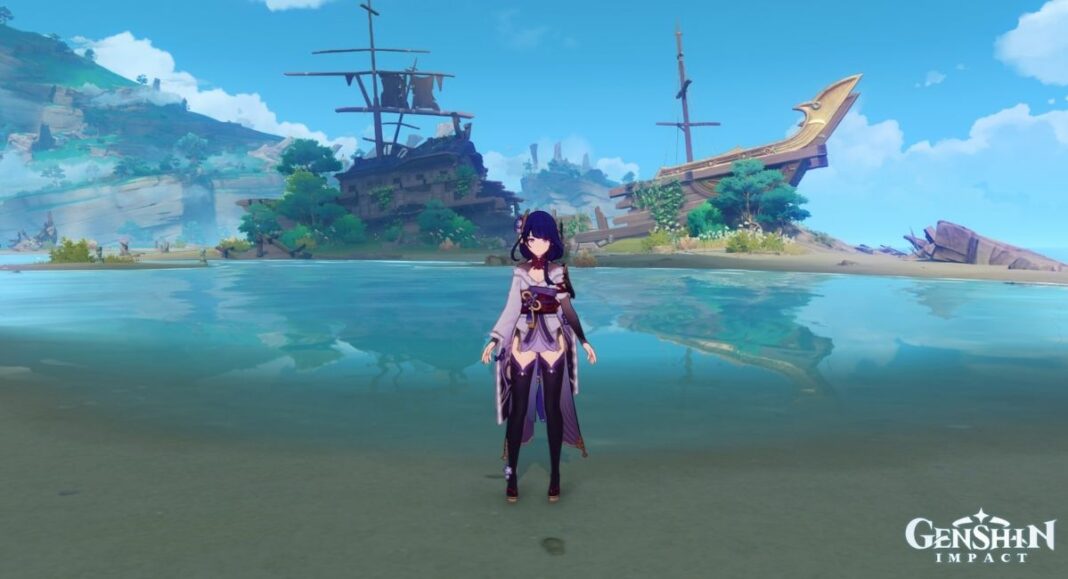 In this Genshin Impact guide, we will talk about how players can get the Fate of a Fighter world quest. We will also walk you through the entire quest while sharing details on the secret subquest.

How to Get Fate of a Fighter Quest

Players can unlock the Fate of a Fighter world quest once they have completed the archon quest, Act II, Chapter II: Stillness, the Sublimation of Shadow.

Once that is done, players can go to the broken ship found west of the Nazuchi Beach eastern teleport waypoint.

There, players will find a besieged samurai. As soon as players get near the enemies, the Fate of the Fighter quest will auto-trigger and will get added to your quest log.

Fate of a Fighter Quest Guide

He will ask the players to clear a pirate camp. Go to the marked location and defeat:

This will mark the end of the Fate of a Fighter world quest.

If you follow the above walkthrough guide, you will complete the Fate of a Fighter quest. However, there is a secret ending to the quest that not many players know about.

After completing the quest, look for four groups of ronin that appear around the Nazuchi Beach area. They don’t have a dark aura, and each group has one Kairagi: Dancing Thunder and three Nobushi: Kikouban.

Find and kill all of them. Once that is done, you are asked to report the situation back to Inaba Kyuuzou.

When you reach the broken ship, you find out that Inaba Kyuuzou is missing. At his location, there is a letter that says “Inaba Tousaburou Kyuuzou’s Final Words.”

Go to the marked location and defeat the three Kairagi: Dancing Thunder. Doing so will reward you with “Oh, the Humanity!” achievement.

Fate of a Fighter Quest Rewards

Here are the rewards that you get for completing the Fate of the Fighter world quest: