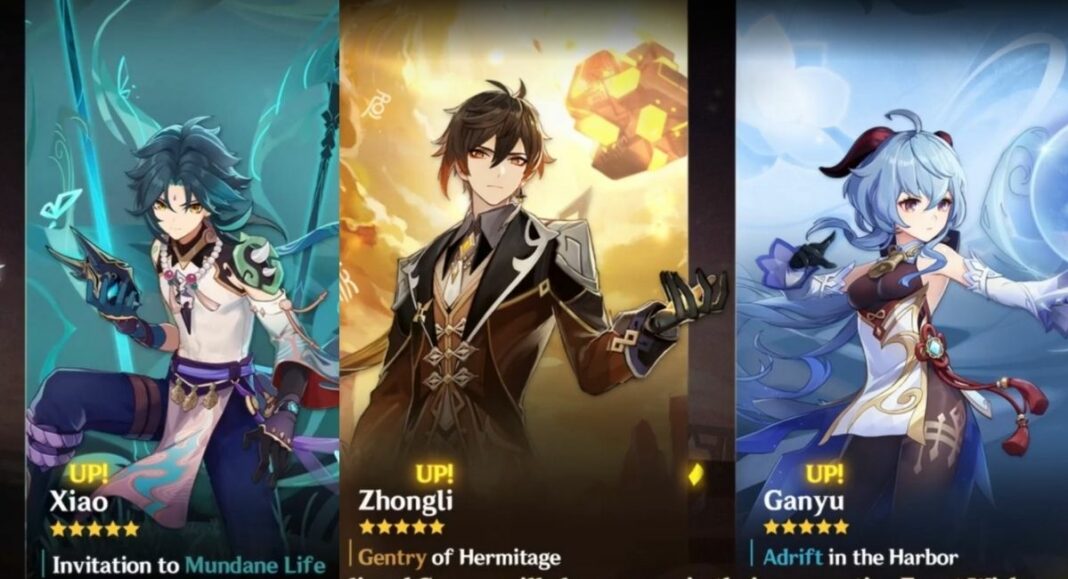 Genshin Impact 2.4 “Fleeting Colors in Flight” update Livestream ended in a positive note as the player got, not one, not two—but three re-runs of some of the best, if not the best characters in the entirety of the game.

Version 2.4 major update will finally bring the re-runs for some of the most requested playable characters, including Xiao, Zhongli, and Ganyu.

In this Genshin Impact article—we talk about the Xiao, Zhongli, and Ganyu re-run banners while sharing their official release dates.

The first phase of the Genshin Impact 2.4 update will commence on January 5, 2022. During the first phase, you will get access to Shenhe’s character event wish banner, “The Transcendent One Return,” running parallel to Xiao’s re-run banner, “Invitation to Mundane Life.”

Related | Genshin Impact 2.4 Livestream Codes and How to Redeem Them

Both the banners will feature the new four-star Geo character, Yun Jin.

In the second phase of the Genshin Impact 2.4 update, you will get access to the remaining re-runs, that is Ganyu’s “Adrift in Harbor” and Zhongli’s “Gentry of Hermitage” character event wish banners.

The second phase of the Genshin Impact 2.4 update will commence on February 14, 2022—on Valentine’s Day.