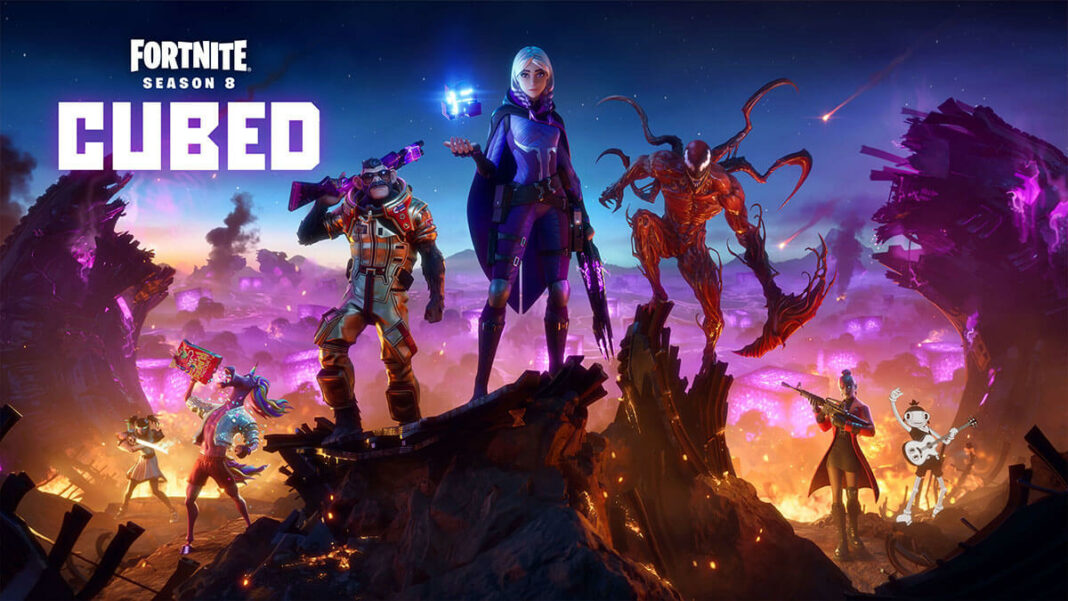 The Fortnite Season 8, a.k.a. Cubed, is on its way. Earlier today, Epic Games dropped an action-packed story trailer and an introductory video of the battle pass. As you might have guessed, the cubes play an important part in the season.

In fact, the island is now scattered with formidable-looking purple cubes. The trailer also introduced us to some foes awaiting the players on the island. Here’s a brief rundown on battle pass rewards, new skins, and everything we know.

The battle pass of the new season promises loads of exciting rewards. There are new skins, weapons, styles, items, and more to be unlocked throughout the 100 tiers.

As usual, players can pick between the free battle pass and the premium one. The premium pass that costs 950 V-bucks has more rewards. There’s another extra-premium pass that skips the 25 tiers. For this pass, players will have to fish out 2800 V-bucks.

At the 100th tier, players will unlock the Carnage outfit. Throughout the pass, players will get free V-bucks, weapons, special items, emotes, and much more. Outfits like Torin, Kor, Charlotte, J.B. Chimpanski, Fabio Sparklemane, and more can be unlocked.

The first thing you will notice right away are the giant purple cubes sprawled across the island. These cubes will serve as portals to The Sideways.

Next, we have The Sideways, a new territory that players can venture into via portals. Here, you will encounter new foes. The Sideways are devoid of any buildings and have no gravity.

In terms of weapons, players can now gather items from the Sideways to create new weapons. Players can collaborate with other players to set up turrets across the island. The Harpoon Gun and Automatic Sniper Rifle are back.

The skin that is perhaps the most talked about is the Carnage outfit. The Marvel character has been added into the Fortnite Season 8 as a part of the battle pass reward. To get this outfit, players will have to pass 99 tiers.

Fabio Sparklemane is another exciting addition to the game. The unicorn has a colorful mane and a goofy smile. Along with these, J.B. Chimpanski and Torin are new outfits of the season. 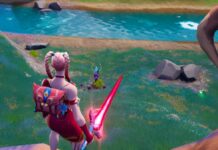 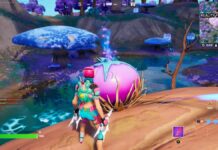 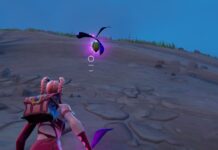 How to Collect Reality Seeds Before They Land in Fortnite