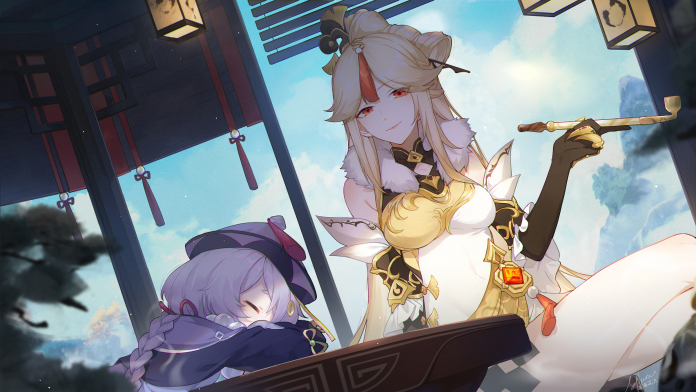 A few weeks ago, the developers miHoYo rolled out the second biggest update for Genshin Impact. The version 1.2 update brought a pool of new content for the Genshin Impact community to dive right into. New additions like Dragonspine(a new location), five-star geo user Albedo, new quests, events, world bosses, domain, etc are more than enough content for players, as another wave of content is waiting to be rolled out starting January 13, 2020.

Genshin Impact 1.2 update patch notes mentioned two new missions, namely – the world quest “Return of the Jade Chamber?” and the story quest “Fishing for Jade” that are going to become available to the players on a later date.

Related | How to defeat Resurgent Cryo Rigsivine in Genshin Impact

At current, players are able to view the mission but not actually navigate to it or take part in it. Most probably because its not yet unlocked. So, this brings us to our today’s question – When will Fishing for Jade and Return of Jade Chamber quests unlock?.

Keeping the past Genshin Impact updates in mind, as well as, observing the game for the last three and a half months – one thing we are sure about is that the developers miHoYo are continuously trying to keep the players engaged.

This is the sole reason why there is two five star characters banner with each major update. But, both release alongside other content with a gap of 21 days. We saw a similar trait with Childe and Zhongli’s banner and now with Albedo and Ganyu’s banner. It is not just the banner but also a few sets of quests that are released on a later date with the second banner to maintain a continuous stream of content.

When is Fishing for Jade Story Mission in Genshin Impact Releasing

And with all that in mind – we think Genshin Impact Return of Jade Chamber? and Fishing for Jade quests will release on January 13, 2021, alongside Ganyu’s banner.