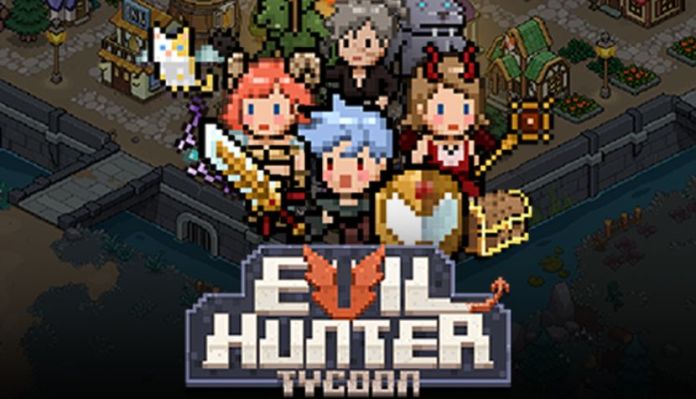 PvP in Evil Hunter Tycoon exists mostly to show off your strength against other players. There aren’t massive rewards involved (at the moment), but if you are competitive, you always want to win, no matter what the rewards are.

In today’s article, we have a PvP guide for you, sharing everything you need to know about this game mode, including the best formation and team setup in Evil Hunter Tycoon. So let’s get this started!

In order to access the PvP in the game, you need to enter the Colosseum – tap the corresponding button in the upper right corner and you will be taken to the League Selection screen:

For most players right now, since the game has been launched recently, the Junior League 5 vs 5 is where most of the time will be spent. So tap that button and you will be taken to your team selection screen:

After setting up the hunters in position (more on this later) you will be able to watch the battle itself and see if you can defeat your opponent or not. Even if it’s clear that you will lose, I recommend waiting until the battle is over, as there are still rewards to be won from that (XP boost scroll after 5 battles).

When the battle is over, the red “Give Up” button turns into “Exit” – now it’s safe for you to exit the PvP and start another one or not.

Matchmaking in the game is made based on the item level (at least in the Junior League), so you will have a massive advantage if you enter with your rarest Hunters of a really high level.

In other words, you can cheat the system a bit and keep low quality equipment but boost all the other stats, especially the hunter’s level, skills and secret tech. However, this little exploit is difficult to achieve as you need that equipment to do better in the other game instances.

Which means that choosing the best team formation and sending your bet hunters in battle is your best bet at winning the fights. Let’s talk about the team formation first:

Based on my experience, it doesn’t matter a lot which kind of formation you choose. The characters up front will be attacked first, but even if you choose a formation and place a berserker at the back, they will still attack their opponent.

The formations are used to better plan your team setup and potentially place your tanks up front to soak up the damage, while the other Hunters in your team decimate the opponent.

My favorite formations are the default one (2 front, 2 middle, 1 back) or the one next to it (1 front, two back, two middle).

But all in all, I don’t think that the formation itself is that important. Your Hunters and how you place them on the battlefield matter more.

There are some basic rules that you need to take into account when choosing the hunters you send into battle:

Now, let’s talk about mixing and matching the best Hunters for the best results! Here is my recommended team setup:

I actually don’t have 2 great Rangers yet, so I am using 1 Ranger/1 Sorcerer instead.

Place the Paladin up front (to be the first one that is attacked), followed by the two Berserkers (who have decent health but deal more damage) and finally the Rangers for maximum damage.

When equipping your Hunters, have in mind that the items you give them are extremely important. Your Paladin should receive items that boost its defense and health because you need them to last as much as possible in battle. They won’t deal a lot of damage – your other hunters will do this.

All the hunters in your team should be damage dealing machines, so make sure to equip them accordingly. And if you do this – it only needs a bit of planning, you will easily win your PvP battles in Evil Hunter Tycoon.

Now that you know everything about PvP in the game, why not check out our other guides as well? We have published a complete guide, an in-depth article on how to craft advanced weapons, one about Reincarnating your Hunters and one on how to win Boss Battles faster.

And, as always, if you have questions or additional tips to share – please do so by commenting below.