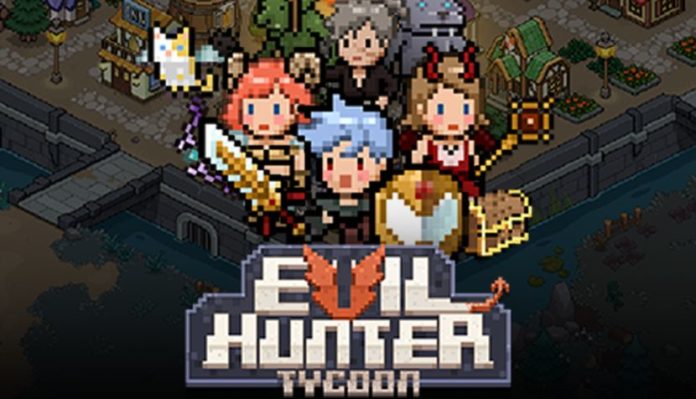 One of the quests in Evil Hunter Tycoon that gave me a ton of headaches because I understood it wrong was the one requiring me to craft a weapon of advanced quality (or better).

We’re talking about the Novice Quest 47 in Evil Hunter Tycoon: “Craft a weapon that is advanced or above”:

The quest itself is not very difficult to complete, as long as you don’t take the VERY long way that I took – long and wrong, I might add. Because the game doesn’t specifically say what an advanced weapon is.

What I thought was that I had to craft one of those weapons with a Purple background, instead of the regular ones with a blue background (but I was wrong – I was to realize that):

Now, if you just started playing the game, you know that getting the required materials for crafting a Purple weapon is a bit of a grind… and a grind it was. The worst part? When I finally managed to craft my Purple weapon, the quest was still there.

But later on, while crafting armor, I saw that each individual piece has its own quality rating. So you could craft the same thing over and over again and make it of a better or worse quality. So…

How to craft an advanced weapon in Evil Hunter Tycoon?

You have to simply craft over and over again until you get a better weapon. Most likely, it will happen sooner rather than later, but the good news is that it works with ANY sort of blue quality weapon.

So just craft until you get a message like this one below:

I was lucky to score an Ultimate Quality weapon this type, but it doesn’t have to be Ultimate – as long as it is at least Advanced, it’s perfect. You will probably have to do this 2-3 times in order to get it right. Make sure to actually craft weapons that your hunters can equip!

And that’s all you have to do to complete the Novice Quest 47 in Evil Hunter Tycoon: just craft more weapons until you get one of advanced quality!

After this quest, you will receive a similar one that requires you to craft an advanced Armor piece – just do the same, with armor this time. Blue quality is best and you will soon complete this seemingly difficult quest in the game!

We’ll have more articles published to help you in the game, but until then, make sure to check out our Evil Hunter Tycoon tips and tricks if you haven’t done so already.

Evil Hunter Tycoon: How to Craft an Advanced Weapon