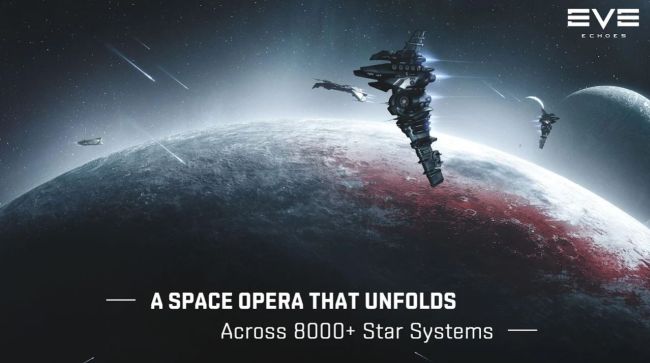 Are you up for becoming a better fighter in EVE Echoes? Well then, with our EVE Echoes combat guide for sure you will get to understand everything there is to know about the combat mechanics, from how combat works to how to loot and pretty much everything else that you need to know.

Since there are quite a lot of things to keep track of, let’s get started with some of the very basic ones, apart from what we have discussed in our game guide where we are giving you a few tips and tricks to use while playing. We’ll get into a bit more depth too, so stay with us!

Now, let’s start from the beginning! Check out Touch Tap Play’s EVE Echoes combat guide below to better understand how it works.

Now the combat is pretty simple, and it is one of the core mechanics of the game, as you can pretty much fight anywhere. Basically this is how the combat works:

– You lock on to the target by pressing the Lock button.

– You enable weapons start shooting it.

Now that is pretty simple, right? Well, there is a bit more that you need to know, because if you want to start looting other players who are mining and start taking down various enemies for parts and whatnot, you will need to know about this.

Now if you have played EVE Online then you are probably familiar with this, and just like in the PC game, in EVE Echoes you will have the same concept – the game IS a PvP game, so even if you are in a hisec (confused? I’ll tell you more about this below) area, you can still get attacked somewhat, just like you would in a null area.

But what they all mean, I will give you more details here below:

– High Security Space (hisec): this area allow you to be somewhat safe, even though you can still get attacked. However, once you get attacked the space police will kill the attacker. Here you can play semi-afk (more or less) if you need to, just still keep an eye on the game.

– Low Security Space (lowsec): in this area you will get better resources from mining and loot in general, than in the hisec, but here you can definitely get attacked without police taking down the attacker. In this areas, the attackers gain some crime points (reputation hit or however you want to call it) which will go away over time, but if they head on to hisec, then the police will attack them.

– Null-sec: here you can find some of the best loot in game, but players can get attacked without any consequences coming for the attackers afterwards. Basically if you want to PK others, there will be no downside – but you can also get attacked afterwards. So this is basically a high risk, high reward area where you can make ISK faster.

Mining in these areas will give you the best loot, so if you want to know more about that make sure you read our mining guide and minerals guide & where to find them.

So one thing to keep in mind would be, in my opinion, this: once you are undocked, you can get attacked no matter where you are.

How to tell how much time is left on the crime timer?

To check this, simply tap on the yellow or red circle next to your character’s icon. Also, as another thing that you need to keep an eye on, try to stay away from the gates and stations until the timer is up because the sentry guns will attack.

If you’ve been wondering what Anomalies are, then look no further because I will briefly explain what you need to know about them so that you can keep an eye out for them and try to farm them as much as you can.

Basically what Anomalies are, is they are combat sites which have different levels of difficulty depending on the number that you see next to them in the Overview. Some of the drops from anomalies can be Blueprints, so take a look at our guide on how to get Blueprints here!

Inside of them you will find NPCs prepared to fight you, which will drop all kinds of useful ship modules, and you will receive ISK as bounty for killing them (this will be given to you after a short period of time).

The Encounters can be found in the Menu -> Encounters and there you will have several types which you can do. They will give you ISK for completing the tasks, and they can be of varying difficulties, the more difficult ones giving more ISK (but also can take a lot of warps to complete them).

Either way, this is a good source of income, and if you get lucky, you might also receive some rare and powerful modules which can be a reward as well.

The missions can be of different kinds:

– News: these missions will give you plenty of rewards, and they are needed in order to complete the Story Missions.

– Story Missions: these are the much better missions, which can give you various modules upon completion. The Story Missions can get difficult fast, so try to always be prepared to flee the area in case you are not prepared.

Since you will want to get some really good items, the location you are in, the stations you are docked in or whatnot, will have different loot in the market.

The location you sell your items will also matter, because it’s always better to sell in a trading hub. If you don’t know how to sell, check our guide on how to sell / buy in the market.

There will be more details in that article as to where you should head on to check out the shops and such, and also if you are looking on how to make more ISK you can read our tips on that here!

This would conclude today’s EVE Echoes guide! If you still want to learn more about the game, you can read our picks for some of the best ships in the game! Also, if you have any questions feel free to leave them down in the comments below!