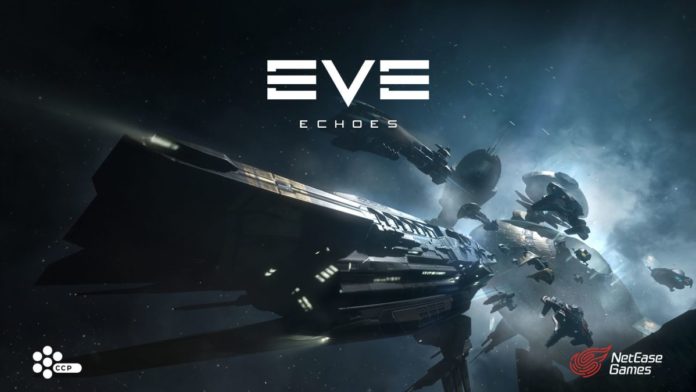 Today, we’re here to help turn you into an expert EVE Echoes player with the help of our EVE Echoes tips and cheat – a complete guide for how to play the game and get better at it. Get ready to conquer all galaxies!

If you have been a player of EVE Online, then you are going to probably be quite familiar with this game, as they both follow the same concept. If not, you’re definitely in for a treat of space exploration, ship building and lots of action. It’s a perfect game for those who want to be part – even if just virtually – of the space exploration game.

And since you are free to do pretty much anything that you would want, I will tell you all of the suggestions that I have for you so that you will get stronger and unlock better ships sooner! So without further ado, here are all of our EVE Echoes tips and tricks that we have to share with you so that you can have a much better time playing the game!

Start by following all of the tutorials

Well this is a pretty basic one, but when you are just starting to play the game, you will be able to learn pretty much anything there is to know from the tutorials. I would suggest that you are carefully reading them, and trying to remember them, as the game has paid very close attention to how they are created.

There will also be a survey which will focus on all of these tasks, so if you are not happy about something in particular, I suggest that you mention that when completing the survey. Once you have completed all of the tutorials you will be able to progress further in the game and advance at your own pace.

There are several types of ships in the game, and each one of them will have a different specialization depending on their type. You will be able to buy different ships by heading on to the Market, where you will see listed all kinds of ships. I suggest that you check them all out and then try buying the ones which you like the most.

Learn the types of ships

There are 6 types of ships in the game, and each one of them has their own specialization which will focus mainly on one thing, but will have various features. The ships are as follows:

– Frigate: Generally smaller ships which focus on dealing damage and have a ton other functions, but are not meant to go in the first line in battle. They are fragile, and they will not have such a high cargo hold, as the ships themselves are quite small.

– Destroyer: Ships that are larger than Frigate, which are pretty fast and will deal quite a lot of damage – they also have decent endurance in fights against Frigate, but will be pretty weak when it comes to intercepting Cruisers and Battleships. That makes them better than Frigate in some situations, but not ideal for PvP.

– Cruiser: These ships will have pretty high damage in the game, but they are also larger than Frigates. They will be able to fit more modules, which will help in most – you will also have quite a lot of mobility with them.

– Battlecruiser: This type of ships will be something in between Cruiser and Battleship, with the idea of creating kind of a balanced combat ship. They will be able to deal more damage than a Cruiser, and take less damage because of its higher defense. However, it will be less mobile than one.

– Industrial Ship: This ship is not made for battle, but for cargo transport. They are pretty large, slow and will not really pack a punch since their main focus is not battle, but holding plenty of cargo.

– Battleship: They are slower than many ships which focus on combat mainly, but they will make up for that with high durability. They will also have quite high firepower which will make them both good damage dealers and decent tanks.

In my opinion you should try to purchase a Battlecruiser, Battleship or a Cruiser, depending on how much money you have and what you would like to fit on it. I personally really like Battleships, as they are quite tanky and will really deal a lot of damage (looking at you, Abaddon).

You should make sure that you try them out and check what you can do with them, once you have researched enough to be able to purchase such a ship. Make sure to check our in depth guide to the best ships in the game to learn more.

How to check out the ships’ stats:

I am well aware that the ships only show the name when you tap on them, so if you want to learn what they also do and how to approach them, I suggest that you tap and hold on the ship because that will show you everything that you need to know.

Equip better items to your ships

There are several types of items which you can equip to your ship, and depending on how many they can fit, you should try to equip the right weapons which will get a boost from the ship’s bonuses. For example, if a ship will increase the missile launcher damage or charge speed, you should definitely purchase and equip a decent missile launcher.

Either way, there are a few things which you can equip, from Energy Weapons, to Drones, so just make sure that you are buying the right type and the ship has enough room to fit it. You can buy the items you want by heading on to the Market -> High Slots Main or Mid Slots Sub.

Just make sure that the items fit on your desired ship before you make the purchase, because otherwise it will be kinda useless.

Get the ship you want!

Since you are starting the game, you will be asked to pick a race and so on – well, this is purely aesthetic, as the ships are not race locked so you can play anything that you want.

I suggest that when you are checking out the ships you check out all of them, because since they aren’t locked, you might want to pick a ship for a different race!

As you progress in the game, you will not actually level up automatically. You will have to check out the progress bar in the Menu -> Skill tab and at the top you will see how much % you have advanced.

When the bar reaches 100%, it will turn yellow and you will be able to Level Up. That will unlock new features and allow you to do more types of research and improvements.

I suggest that you try to combine both learning general Ship skills and various Clone skills, because that will make your ships and exploring better.

How to switch between learning skills

The skills menu is pretty weird if you are just playing this game for the first time and haven’t really had much time to try out different things. I suggest that you tap on the icon which is situated on the upper right side of the progress % bar in the Skills menu, because that will shift between a detailed view to category view.

There you will see the Ship category in the left and Clone category on the right. Make sure that you check them out both and tap on the categories which have been unlocked there to start learning and researching various fields.

How to get skill points

You will receive Skill Points as you level up and progress continuously in the game, and depending on the skill, it can require more or less skill points. I suggest that you focus mainly on the skills which you need the most, and not research ships which you will probably never use.

Go and explore the Universe

Exploring in this game can be done by adventuring into various corners of the Universe. There you can fight various ships or conduct missions, collect stuff and so on.

I suggest that you try to do that as much as you can because the game has some super good graphics and a relaxing gameplay.

The Autopilot option is super useful here, because it will take you exactly where you want or need to go. It will not be useless and require you to manual travel, so for longer adventures I suggest that you use it because it will come in handy and save you some time.

This option will let you continuously mine resources from the various planets, and it can be found in the Menu -> Planetary Production. There you can send out ships to get filled with resources which will let you improve further.

To mine you will have to fit mining lasers on any ship, but I suggest that you use Venture Frigate (you can find them in the Market -> Ship -> Industrial Ship -> scroll down until you find Venture Frigate in the Expedition Frigate section) because it will have quite a big ore hold.

If you want to make a lot of currency, look for higher value materials

Now there are some very common materials which you can mine, but also some rarer ones which can being quite a bit of currency. I suggest that you don’t waste time mining Pyerite and Tritanium, but instead focus on some of the ores which are more difficult to find if you can.

We have written a complete guide to minerals and mining in EVE Echoes, make sure to check it out for extra help.

Sell your stuff for ISK

In the game you will have to use ISK to either buy ships, components and other such items – it’s basically the main currency of the game! So if you want to obtain some, you will be able to sell some of the materials that you get or mine, and make money off it.

I suggest that you check out all of the stuff which you can sell, including the materials that I’ve mentioned above. I consider it to be especially useful to mine in certain locations where you can find better and more expensive materials, and then sell them accordingly.

If you need additional help with this mechanic, we have a guide on how to sell in the market in EVE Echoes. You will also find our guide on how to make more ISK very useful.

These would be all of our EVE Echoes tips and tricks that we have for you right now! Do you know some more useful tips that you would like to share with the rest of the players? Feel free to share them down in the comments section below!