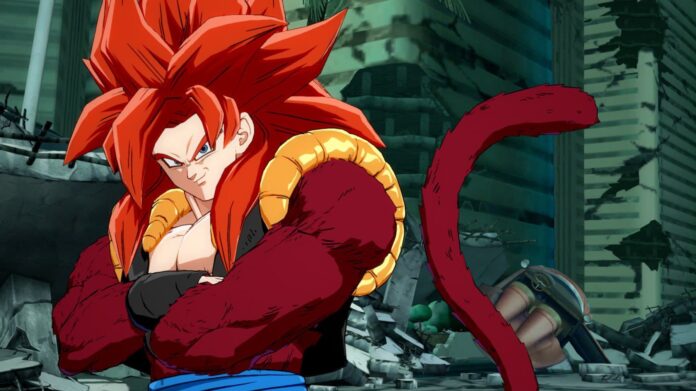 All good things come to an end. Dragon Ball FighterZ has been supported with new DLC characters since its release over 3 years ago, and the final DLC character is releasing this week.

With a brand new trailer, Bandai Namco confirmed that Gogeta SS4 will be released on all formats, including Nintendo Switch, on March 12. The character, for those not in the know, comes from Dragon Ball GT, a now non-canon sequel to Dragon Ball Z.

Gogeta SS4 is the final FighterZ Pass 3 character. The third pass has been launched last year and it includes Kefla, Ultra Instinct Goku, Master Roshi and Super Baby 2, also from Dragon Ball GT. Bandai Namco and Arc System Works haven’t talked about a possible fourth FighterZ Pass, so it seems like Gogeta SS4 is indeed going to be the final DLC character released for the game.

Dragon Ball FighterZ is now available on Nintendo Switch as well as on PC and other consoles. Gogeta SS4 launches on March 12 worldwide.