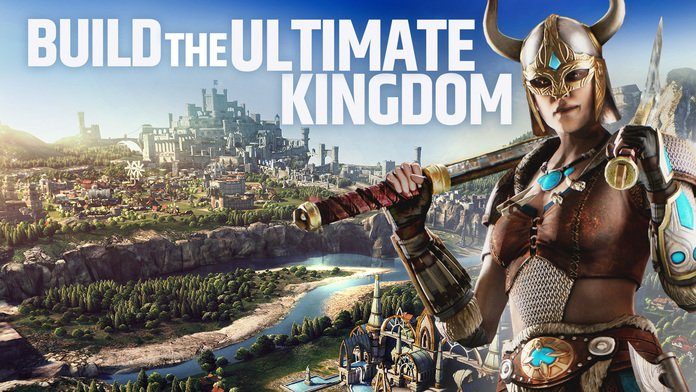 Zynga’s Dawn of Titans (developed by Natural Motion) has finally hit the App Store globally and I am sure that everybody is fully enjoying the game right now. It looks amazing, it is amazing and my only complaint is that we had to wait so long to get a chance to play it. But it’s here and I am sure you want to start on the right foot! I am here to help with some Dawn of Titans cheats and tips, a complete strategy guide to building your Kingdom and getting all Titans. This is a generic article aimed mostly at beginner players, but we also have some more advanced strategies included, so even if you have a bit of experience playing the game, you should still read it!

Now without further ado, let’s check out some Dawn of Titans tips and tricks in our complete strategy guide for beginners!

1. Food is extremely important
There are two main resources in the game: food and gold. Each is extremely important, but early on you must make sure that you have enough food. Troop training requires food and early on your troops will be weak, meaning that you will lose them in battle and you’ll have to retrain. So always keep an eye on the amount of food you have. When it comes to raiding or capturing lands for your Castle, always go for food producing tiles first. Build the farms first and upgrade them (don’t forget to skip the waiting times for free at the lower levels) and make sure that you have a steady supply of food!

2. Don’t spend your Gems on anything!
At least not until you have enough! Hoard the gems like there’s no tomorrow, because they’re difficult to come by and the really good things you can spend them on cost a lot. I personally believe that the best thing to do is to hoard gems until you get 1,500 – which is enough for you to build the second builder. Being able to upgrade or work on two buildings at once offers a huge advantage and you CAN NOT get the second builder using coins. So resist the temptation of spending gems on anything else and patiently wait to spend them on something that really matters!

3. Use relics wisely
In Dawn of Titans, we can use relics as equipment for our Titans or on buildings. The relics for the Titans are extremely important: make sure that you equip your most powerful Titan (highest level or the one you use the most in battle) with the best equipment you have. You should also have a main Titan that will defend your city when you are away from the game. Switch equipment your Titans use based on the needs: the fast ones might find armor boosting Relics better than the ones that increase damage and so on. Learn the weaknesses and strengths of your Titans and use Relics accordingly!

Read more guides on:  winning battles; getting more free gems; everything about Titans.

4. Join an alliance ASAP
As soon as you have the option (when you reach 1,000 Victory Points), join an alliance! It doesn’t matter much what alliance you are in at first – it has to be active though and you can always move to another one later. But join one ASAP (maybe check out the chat where there will always be people recruiting) because you will gain a huge advantage: you will be allowed to ask for reinforcements from the members of your Alliance and they will come in handy in battle!

5. Don’t waste your Kingdom’s protection
Early on when you start the game, you have a Shield that protects you from being attacked by other players. Also, after losing a battle, you will also gain a shield. Think twice before attacking other players while you still have the shield: it might be, in some cases (and always when you start the game) to keep the shield, train your troops, get more resources and upgrade buildings. Otherwise, you might get raided and lose more than you will win from your attacks. So always think twice before giving your shield up!

6. Capturing Resource Islands is key
Resource islands are extremely important for your Castle as they produce additional resources or goodies for you. Therefore, it’s extremely important that you capture the maximum amount allowed by your castle level first, then do your best to keep them in your possession. Try to focus on resources producing Islands first (gold and food), then go for other types as well. Upgrade them constantly in order to have them better defended and producing more goodies for your Castle.

7. Defending your Castle & Islands
Every island and your Castle have some basic defenses set by default. However, you can greatly improve them by adding extra troops to defend your lands, as well as Titans. The thing that you should always do before leaving the game for a longer period of time is to Make sure that you add all available Titans to defend your lands (you can then easily remove them and take them with you into battle when you return). Leave your best Titan defending your Castle or any particular Island that you don’t want to lose, then move your way down in importance. The truth is that there are so many undefended or poorly defended Islands and castles out there, especially at lower levels, that adding a Titan and a few more troops will usually keep you safe from incoming attacks.

8. How to win your battles
We’ll have a dedicated guide to this, but I’ll share some basics with you here as well. Winning battles can be extremely easy, actually! Just make sure that you know the following:

– What type of enemy are you facing? Always check out the troops that you’re going to fight against. Their type is important, but also their level! Never go if the level of the defending troops is better or much better than yours. Also, if there is a Titan present, expect things to be a lot more complicated!
– Know the strengths and weaknesses of your troops. Archers are great at ranged battle, but weak once Militia close in. Militia is great against Archers and so on. Make sure that you bring in to battle the right troops for the job!
– Auto select usually works just fine. You can tap the button before starting the battle and let the AI do the job for you. If you’re overpowering the enemy or are at least their equal, you should have no problem winning the battle even if you don’t think about the strategies yourself.
– One good tactic for more difficult battles is to send a troop as a decoy (usually the one with highest health): send them forward, while all the others are waiting. Then wait for the enemy to attack and spread your troops at the back as much as possible, making them flank and attack the opponent from behind. You’ll get them by surprise and get an extra damage bonus for doing so.
– Always keep an eye on the battle and adjust your instructions as the battle progresses. Your Titan is extremely important, make sure that you have them in the most important area on the battlefield. Tap your units and issue instructions, moving them around as needed!

9. Complete the campaign
It will take you a ton of time to complete the campaign, but you should work on it as often as you can. It’s really difficult compared to most PvP battles out there, but it’s really worth it. Not only that you get nice Gem rewards from completing the Campaign missions, but you will also unlock all sorts of goodies that will help you progress through the game, like new spells or even new Titans! However, don’t waste all your resources with the Campaign. If things start to get a bit too difficult, just wait to upgrade your army, level up your Titan, then try again. The Campaign should always be played to get the most resources with the least possible losses!

10. Start attacking other players!
Ultimately, this is what Dawn of Titans is about and you will get the most in terms of rewards from Raiding other players. Make sure that you pick your fights wisely: go for those that have a ton of resources and are of a similar or lower level (or have poorly or undefended Castles). Go for the biggest gains and remember that attacked players can retaliate against you. So make sure that you put the resources you raid to good use as soon as you raid others, otherwise you risk losing them. Attack until you have enough to build or upgrade your Castle, then don’t forget to set your best troops to defend it.

These would be our beginner’s tips and tricks for Dawn of Titans. If you have more strategies and advice for fellow players, let us know by sharing them with us below. And don’t forget to check back soon as we’ll be publishing more in depth guides for this amazing game!