Home Game Guides Dawn of Titans Combat Guide: How to Win All Battles 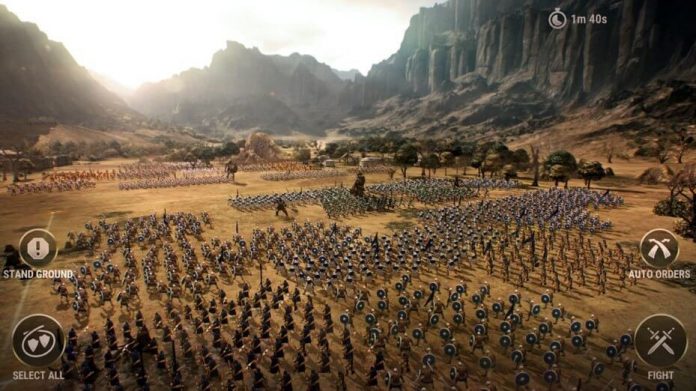 When we shared with you our complete Dawn of Titans tips and tricks for beginners, we promised that we’ll go more in depth with our guides. Today we’re here to make it happen by sharing with you some Dawn of Titans tips for winning all battles. Our game guide to battle covers everything you need to know about attacking in Dawn of Titans and winning. It should be fan and it will surely help you get the upper hand in battles against other players or the Campaign missions.

So let’s not waste a single second and let’s start thinking about winning! Here are our Dawn of Titans combat tips and tricks: a guide to winning all battles!

Things you need to do before the battle

Choosing the right opponent for your troops means half of the battle is already won. Make sure that you check out all available options and decide on your best bet. Go for the opponent that has few troops defending their castle or island and preferably one without a Titan guarding them. Simply browse through the available opponents by tapping the lightning button and take your time.

Even if you attack lands with more troops or even troops that have no more than 1 level above your troops, you can still win easily. But do make sure that you know what troops you’re facing and prepare your attack accordingly. Know what beats what in terms of troops (archers good for ranged attacks but weak against militia, militia weak against spearmen and so on) and build your army accordingly. Gain the troop advantage first and the battle will be a lot easier.

Decide if you need Reinforcements and take advantage of them – bring any troops that your alliance members have sent in order to boost your chances even more.

Finally, make sure that you select the right Titan for the job. Bring your best Titans in battle when it’s a difficult one ahead, but consider their play styles and potential bonuses. Relics pay an important role, so equip your Titan with relics that will help your troops in battle. If it’s a very easy battle, go without equipping any relics – you don’t want to waste them!

Things to do during the battle

In most cases, after battle starts, if you have selected your troops smartly, simply tapping the Auto Instructions button should do the trick. However, you do have to take control in battle if it’s an even match or if you’re slightly overpowered. You can sometimes still win even if the opponent has the upper hand.

Know that there are some strategies that work at giving you some extra damage when attacking. One of these strategies is the flanking strategy, but this usually works when there are several units involved in battle. Here’s how to easily do it and completely take your opponent by surprise:

Before the battle starts, order one or two of your units, which be used as decoy, to move forward and the others to stand ground. In most cases, the AI will attack the ones moving forward – when it does, start moving your other units to the sides and flank the opponent. This will take them by surprise and cause more damage to them. However, save this strategy for larger battles as it makes little sense to try them when dealing with just a few units.

In some cases, a similar strategy might be applied by the AI against you with surprise attacks. This is why it’s good to always leave a troop behind (or your Titan if he’s fast) and wait for a couple of seconds to see if there’s any surprise attack coming from the flanks. If not, move your troops away and into battle.

Learn the shortcuts: you can double tap a unit and it will select all the units of the same time. In order to issue quick instructions, tap (or double tap) a unit and then tap the unit you want them to attack, without dragging the line. Dragging lines is usually good only when planning your first charge.

Finally, keep your archers behind at all times in order to keep their advantage. If you see spells on the ground, rush to get them and use them in battle: what is not used won’t remain yours after the battle. Also, don’t try to spend gems on healing your troops or resurrecting them, it’s not worth the costs as you’re better off training them again.

These would be our tips and tricks for winning your battles in Dawn of Titans. Do you have other strategies that work? Share them with us in the comment section below!