Call of Duty: Mobile is finally into the third season and the new one i.e. Tokoyo Escape brought a wide range of exciting content. With the season 3 update dropping officially, Activision added new multiplayer maps, gameplay modes, weapons, and a battle pass.

Like previous battle passes, the Tokyo Escape Battle Pass also has 50 tiers which feature a mixture of free and paid rewards. For the free version, the game developers have added rewards like Scout – Paper Fan at tier one, new weapon PP19 Bizon at tier 21, and M16 – Severed at tier 50.

At the same time, the premium version showcases Hidora Kai – The Boss at tier 1, followed by Takeo – Sensei and Spectre – Ninja at tier 30 and tier 50, respectively.

Related: How to get COD Mobile Season 3 Battle Pass

Here’s the complete list of Free and Premium Rewards that one can unlock in the COD Mobile season 3. 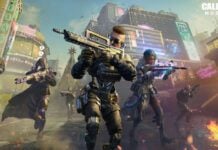 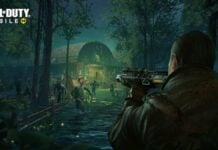