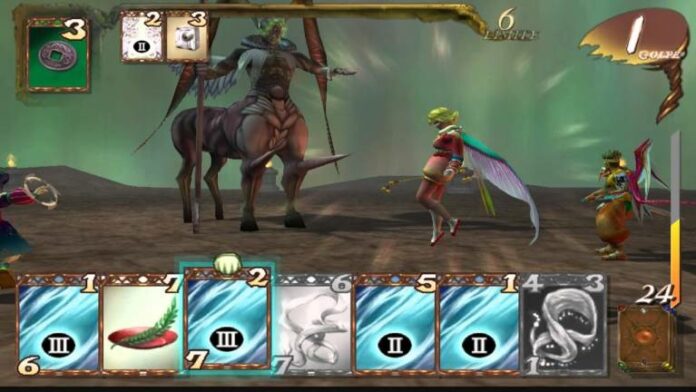 There are times when great video gaming series disappear for no apparent reason. The market changes, and so publishers start thinking hard about which series are profitable, and which ones do not deserve new entries.

This was definitely the case with the Baten Kaitos series, a JRPG series that made its debut on the Nintendo GameCube. The original game, developed by Xenoblade Chronicles‘ developer Monolith Software and tri-Crescendo, is still today among the most unique role-playing games ever released on consoles, thanks to its unique combat system that mixed together typical JRPG mechanics with trading cards mechanics.

Now, it seems like the Baten Kaitos series has a chance of making a comeback on modern consoles, including the Nintendo Switch. Bandai Namco Entertainment recently registered new trademarks for both the original and its sequel, hinting at a possible return of the series.

While trademarks may not mean a whole lot, as publishers register them all the time to avoid losing them, even if they have no intention of using them in the future, Monolith Software did talk about the series a couple of years back, saying that they would like to see a third entry in the series happen, so new releases of older games could be a good way to gauge interest for such a sequel.

As of now, however, nothing has been confirmed, so the only way players have to enjoy the Baten Kaitos series is by purchasing the original GameCube releases.