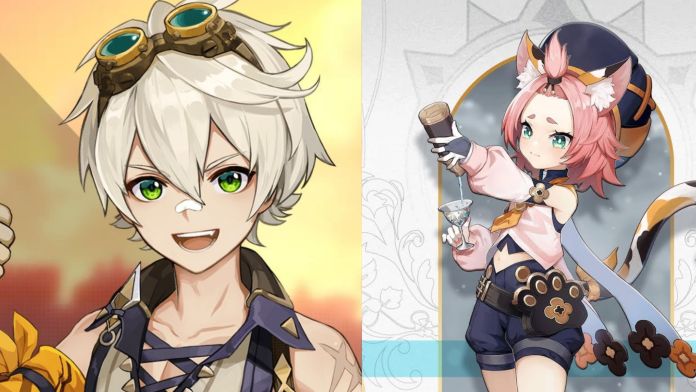 Genshin Impact offers a roster of unique playable characters with different abilities, uses, aesthetics, and more. Most of the Genshin Impact characters can mantle the role of DPS or Support units. There are only a few who can act as healers. In this article, we will talk about the best healer in Genshin Impact.

When deciding on the best healer in Genshin Impact – a wide variety of parameters come into play. Some of these parameters are –

We have two Genshin Impact characters who we think are the best healers in the entire game. We are talking about Diona and Bennet. Diona Elemental Burst Signature Mix creates a Cryo field that constantly heals whilst dealing damage to the enemies.

Likewise, Bennet’s Elemental Burst Fantastic Voyage is one of the most overpowered ways of healing. It heals, buffs players with an ATK% bonus, and it imbues the characters with Pyro.

With the help of Maidens Beloved Set, Bennet and Diona can heal any damage instantaneously. The speed of the Healing process is even faster than a five-star character like Qiqi.

Bennet and Diona’s elemental burst recharges very often. And if you are rocking some artifacts with Energy Recharge%. Then you don’t have to worry about anything.

Diona’s Elemental Skill Icy Paws creates a shield around the player whose DMG Absorption scales based on Diona’s Max HP. It is like having a mini-Zhongli.

Both Bennet and Diona are four-star characters that players can obtain from the standard event wish banner.

So, in the end, we are concluding with the statement – “Bennet and Diona are the best healers in Genshin Impact“.