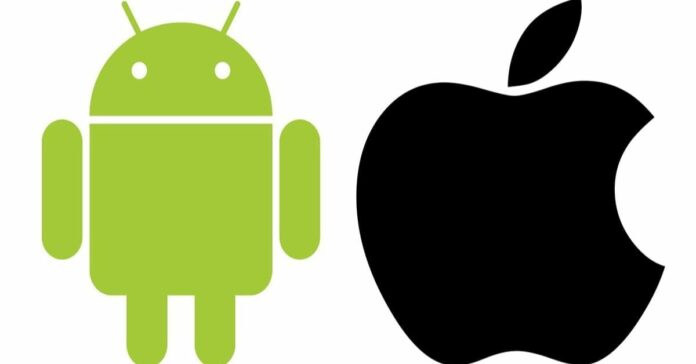 As you know, progress does not stand in one place. Over the past few years, smartphones have become much more powerful, and today’s game studios are already serious about implementing their projects for mobile devices. In this top, we will look at the games with the best graphics for iPhones and Android Devices.

Developers from Eden Games know how not only to make good races but also to amaze with incredible image quality every time they get to work. The level of rendering of the environment and car models in Gear Club – True Racing really came close to the console versions of Need For Speed.

The gameplay of the project is variable and can please both hardcore fans and arcade amateurs. Do you want to ride on the French Riviera? Then turn on arcade mode, which will allow you to calmly turn your smartphone like a steering wheel, and not really worry about changing gears, entering corners, and fixing the car. Sounds boring? No problem. Just turn off the automatic assistance and feel what it’s like to drive a real sports car.

In addition to the racing aspect, the game also has strategy elements. You need to build a body shop, a tuning stand, care about tire fitting, etc. In addition to earning new game points, you must not forget about the specialists who will sort out the engine and replace the rubber.

The only inconvenience is the in-game microtransactions, which significantly slow down the gameplay. But if you are looking for a game to please your eye, then this won’t influence your satisfaction in any way.

The game from SQUARE ENIX is pleasing to the eye even on a computer. It was released in 2015 but still boasts good graphics. Unsurprisingly, the franchise owners decided to use every opportunity to earn money on a successful project.

Bringing a visual novel with interactive elements to a mobile space isn’t that difficult. That is why the emphasis was placed on graphics and their optimization. The game was created using the Unreal Engine, which is one of the most advanced engines for creating high-quality graphics. Yes, some character animations look unnatural, and you can only dream of dynamic lighting like in Metro Exodus, but at the moment it is called an AAA-class mobile game.

But Life is Strange is not only rich in graphics. Its story is no less interesting than some high-quality cinematic products. The plot of the game is quite intriguing and is based on time travel, as well as the problems of growing up and teenagers’ relationships.

From the title “INFINITY OPS: Shooter of the Future” it is clear that the new project made by Azur Interactive Games will surprise you not only with the advanced graphics quality but also with the event-rich gameplay and well-developed shooting.

There are 4 character classes in the game: recruit, tank, medic, and assassin. Initially, only 1 class is available, and all the rest will have to be purchased for in-game currency. In addition to weapons, the game has additional equipment, such as binoculars, necessary for the effective detection of enemies.

Each class has its own set of weapons and upgrades. The number of upgrades for representatives of all classes is quite large and can be purchased both for in-game currency and for credits, which should be bought for real money. Several game modes are available to the player at once: team battle, hardcore (here the weapon damage is increased), duel, and custom cards. You will not be bored in any of the modes, since there are enough players everywhere, and the level design itself pushes you to active battles.

For the graphic component, we would like to separately mention the developer. They have done a truly fantastic job and should not be ignored.

Tekken Mobile is a remaster of a series of original Japanese fighting games for game consoles. Although this is not the most high-tech and complex game for smartphones, it can still outperform many games of popular companies.

Bandai Namco has been releasing games exclusively for consoles for a long time and is used to occupying a leading position in the market, so it is natural that they made Tekken with scrupulousness and quality.

Following the laws of the mobile games industry, the developers added a large number of microtransactions to the game and greatly simplified the combat system, so that this is no longer Tekken in its original form.

In addition, each small detail of the characters is drawn in the most detailed way, and their movements are smooth and well animated. In general, Tekken Mobile is designed to fully use the power of modern smartphones.

One of the most popular multiplayer games, PUBG, can also be played on smartphones. The most interesting thing is that the version for mobile devices cannot be distinguished from the one that is installed on PCs.

The gameplay remains the same and has undergone only minor changes: you still land on a small island and have to confront 99 opponents, collect equipment, arm yourself, and be patient to win.

The graphic component of the computer version of the project was not something super-improbable, so the similarity with what we see on phones is more than understandable. But it still looks very modern and cool.

PUBG and Fortnite remain two of the most successful smartphone battle royals to date. Who knows, maybe PUBG will be able to take back the lead and remove Fortnite from the throne.

In today’s top, we looked at 5 games with cutting-edge graphics that literally blur the lines between computers and smartphones. We hope that soon we will fully experience all the delights of modern graphics on mobile projects. At the moment, there is a lot of competition in the mobile market, so soon we can expect games with graphics like real films. 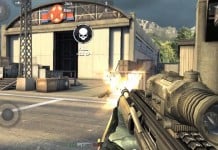