Home Guides Asphalt 9 Basics Guide: Tips and Tricks on How to Play Asphalt... 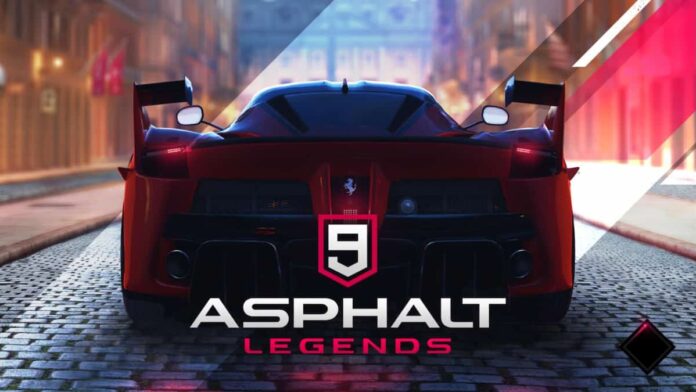 Are you looking for a new racing game with realistic physics and graphics, real-life cars, and the option to race against real human opponents instead of AI drivers?

Asphalt 9: Legends is a suitable game for you, and it is brought to you by Gameloft, one of the largest and most well-known mobile game developers and creators of the Asphalt series.

The game includes plenty of real-world vehicles, including supercars and hypercars from Ferrari, Lamborghini, Porsche, and other iconic automakers, as well as a customization system that allows you to choose the colors and upgrades you want for your cars (and even their parts), and simple game mechanics that streamline the learning process. If you’re new to this game, here is our Asphalt 9 Basics Guide: Tips and Tricks on How to Play Asphalt 9.

Nitro is a vital part of your arsenal in Asphalt 9: Legends. It enables you to accelerate your car, improve your rank, and maintain an advantage over other racers. To upgrade it, you must use credits, whereas to charge it, you have a few options. These activities include drifting and executing stunts.

Drifting is not only an excellent way to charge your Nitro but also the most efficient way to make numerous sharp turns while leaving your opponents in the dust. Even a brief tap on your brakes can occasionally position you better once you’ve completed a turn or performed a stunt and are about to press Nitro.

These are just a few of the numerous achievements available in Asphalt 9: Legends, and completing them will earn you tokens, the premium currency in the game. Tokens can be redeemed for card packs—a premium pack costs 65 each or blueprints in the Legends Store.

It goes without saying that if you want to compete for the win in both single and multiplayer modes, you’ll need to upgrade your car—preferably to a rating that’s a few points higher than the track’s recommended rating. However, when it comes to specific areas that need to be upgraded, it all depends on the car. In general, focusing on the car’s weakest area or areas is the best option.

If you want to increase the car’s speed, concentrate on improving the Top Speed and Nitro, but don’t forget to improve the car’s Acceleration and Handling to make it easier to handle it on the track.

As a new player who is committed to remaining F2P, you will struggle to collect vehicle cards for the game’s best classes. Completing career missions is the most reliable method of acquiring new cars, which is why you should prioritize these circuits first.

RELATED – What is the Grand Prix Event in Asphalt 9?

Additionally, you can earn a few free cards each day by participating in daily single-player events. While multiplayer events are sure to offer better rewards, you’ll find that you’re constantly pitted against opponents driving excellent cars as a new player. Don’t let this discourage you! You can build your collection at a slow but steady pace and even contribute Reputation Points to your Club.

Collecting flags is crucial in Asphalt 9, as it aids players in their season-to-season progression. Each time you complete a challenge or requirement in a race (you don’t have to win it), you’ll earn a flag, and those flags will be crucial in allowing you to progress from one season to the next. Apart from that, flags can be used to access the game’s other modes.

In addition, ten flags grants access to the game’s ‘Clubs’ section, where you can connect with your friends. Players who collect 15 flags gain access to ‘Limited Time Races,’ which offer incredible prizes that no other mode can match.

Players with 20 flags can also access the ‘Multiplayer’ section, where they can compete against players from all over the world. This makes the game extremely competitive while also allowing players to improve their skills.

How to Unlock More Cars for Free?

For Asphalt veterans, the most significant change in Asphalt 9 is the way cars are acquired. Forget about saving up money to buy them; a card system now holds the key to unlocking new cars and ranking up the ones you already have. Car cards are known as blueprints, and different amounts of them are required to unlock and rank each car.

It’ll be tempting to spend some money because the game is good at throwing deals at you to buy cars, but if you’re patient, you can grind out a whole bunch of them over time and even unlock four or five in your first few hours with the game.

Here are all of the blueprint-earning options we’ve discovered so far:

Now that you’ve mastered the essentials, you can begin your adventure in Asphalt 9: Legends with confidence, knowing that you won’t make any decisions you’ll come to regret later. Keep unlocking career missions to build a decent fleet of D and C-class cars and refuel with both level-ups and ads.

RELATED – Tear Up the Road in Asphalt 9: Legends

After going over these key points, you’ll see that Asphalt 9: Legends is not that tough to master. Last but not least, players can refer to this Asphalt 9 Basics Guide: Tips and Tricks at any time to learn the basics of the game and progress much more quickly.

Asphalt 9 Basics Guide: Tips and Tricks on How to Play Asphalt 9