Home Guides Asphalt 9: What is the Grand Prix Event? 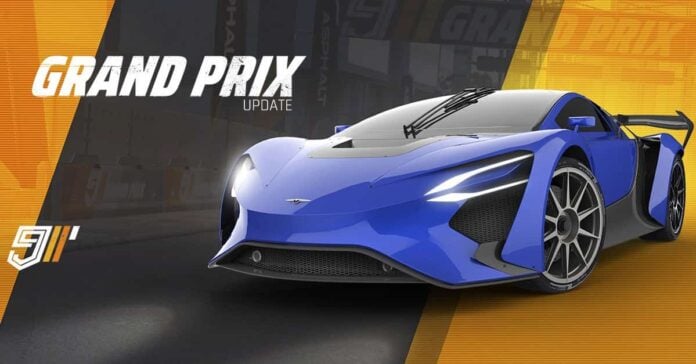 Gameloft is renowned for creating some of the best mobile games available. Asphalt 9 by Gameloft is still the best racing game for mobile devices two years after its release. With hundreds of players downloading the game daily, the game can become quite competitive.
Without a doubt, Asphalt 9 Legends elevates the racing franchise to new heights and looks incredible. The game has received several updates in recent months.

A Grand Prix, introduced in the Grand Prix Update, is a unique time-limited event that features a single car that requires a Key to unlock. Grand Prix places you against other players in a series of races against a small group of players for the chance to win the Techrules AT96! In the article, we have mentioned all the relevant details regarding this Event.

What is the Grand Prix Event?

A Grand Prix event is a competition in which brackets of a certain number of people (usually 20) compete for the best time with a specific car.

The qualifiers are the first stage, where your practice time will be matched with others who had a similar time. To advance to the finals, you must finish in the top 10 out of 20 people in the qualifiers.

You’ll be assigned to a bracket within a tier once you’ve qualified for the finals. Tier 1 features the best of the best with the best prizes, whereas Tier 5 features some of the lowest level (or sandbagging) players with the smallest payouts.

You have six final rounds to beat the best time in your bracket. Your placement determines the number of points you receive. The first-place finisher receives 50 points, while the 20th place finisher receives one point. The person with the most points is placed first and is guaranteed a key to unlock the event car.

Qualification Rounds and Final Rounds are the two stages of the Grand Prix:

Everyone will be placed in a group of up to 20 players and have three chances to beat the time and stay in the TOP 10 to advance to the Final Rounds.
If you don’t make it into the top ten, you’ll have another chance in the Q2 and Q3 rounds. Even if you failed or missed all of Q1, Q2, and Q3, you will be given a time limit to pay an entry fee with Tokens and gain access to the Final Rounds.
Those who have already qualified will not be required to participate in any further qualification rounds and will be required to wait until all qualification rounds have been completed. Meanwhile, you can continue to practice and earn rewards in the practice mode.

However, in the event of a tie, the following rules apply:

In Grand Prix events, once you’ve used at least one attempt and are on the leaderboard, you’ll see the ghost of another player in the next attempts and practice mode:

You should undoubtedly be rewarded after a successful racing event. Your rank and Tier determine the rewards you receive, so give it your all. Keys to the Feature Car, Card Packs, Import Part Packs, Tokens, Credits, and other prizes are available.

More Car Keys are distributed at higher tiers. For example, only the top 9 in tier 1 will receive the Car Key, whereas only the top 3 in tier 2 will receive it. No doubt, everything is valuable in the context of the Asphalt 9 Grand Prix Event experience. It has the feel of a Grand Prix week. Take part the next time you see a similar event. Happy Racing!

Asphalt 9: What is the Grand Prix Event?