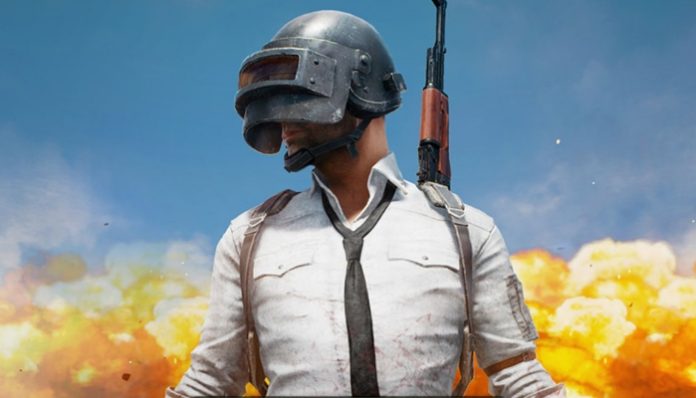 The premiere battle royale experience is finally here on your mobile device! PUBG Mobile is a full port of the original game for PC and Xbox One, ready to be played on the go. 100 players drop in, but only one will be left standing! Will it be you? We hope so, and we’re here to help you out with our PUBG Mobile cheats and tips!

If you’ve played plenty of the game on other consoles, then you know exactly what to expect. You’ll just need to get used to the controls! But for everyone else, let’s get you started with a basic primer of PUBG, so let’s start with our PUBG Mobile cheats, tips and tricks strategy guide!

Get used to the controls!

This is pretty important if you’re coming from the original version of the game. There’s a bunch of buttons on the screen, so it may be a little overwhelming at first. The basics are explained in the control prompt tutorial, so be sure to give that a look over. We’ll point out some other important things.

Sprinting is a quick way to get around the island, and you’re going to be doing it a lot when you’re out in the open. The little guy button next to the minimap allows you to auto-run, but did you know you could auto-sprint as well?

If you move the movement stick up enough, you’ll see a small Sprint spot appear above it. If you drag the stick all the way up to the spot and let go, you’ll automatically sprint forward until you input any other movement.

Keeping your head on a swivel is important so that no one gets the drop on you. If you’re moving around, you can still look fully around you by tapping the eye button near the minimap and dragging. This is helpful when used in conjunction with auto-sprint, as it’ll allow you to scan your environment as you move quickly.

Remember that there is an alternate fire button on the left side of the screen. This is useful if you’re adjusting your aim with your right thumb, as you’ll be able to fire more quickly. Seconds count in dire firefights!

When you’re deciding where to drop, you may want to consider dropping near one of the major cities, including Rozhok (center), Georgopol (northwest), Yasnaya Polyana (northeast), and the Sosnovka Military Base.

The big cities are where the best and most loot spawn, but always keep in mind that there’s probably other players with the same idea as you. Heading immediately into one of these cities might be a death trap as you’ll be ill-prepared to deal with players who might have gotten there before you.

Instead, a safer option is to drop nearby and look around for a small house or two. You’ll find at least a couple of pistols most likely and some tools and armor if you’re lucky. It’s better than charging straight into the city empty-handed, at least!

When there’s loot nearby, a window will pop up showing what’s on the ground. Some items will be highlighted yellow – this means that the item is a direct upgrade to whatever you might have already, if you have it at all. For example, you may own a pistol but find a yellow pistol, which means it’s just a flat out better pistol. Be on the lookout for upgrades like this!

Keep some extra ammo around!

If you’ve got the backpack space, you may want to consider lugging all types of ammo around. They don’t take up that much space, and in the event you find a better weapon that uses a different kind of ammo, you won’t be completely empty. If you’re the type who switches gun classes often, take heed!

Every so often, you’ll hear a plane fly by. Look up at the sky to see where it is exactly, and watch closely – it’ll drop a crate off marked with a red signal flare. The crate will fall eventually hit the ground, and you can find some powerful gear inside. Beware – other players will more than likely be attracted to it as well, so be prepared for a fight!

Or, if you’re feeling particularly devious, you can set up camp somewhere nearby that’s hidden. Go prone so that you’re covered as much as possible, then just wait for people to come by. When they stop to loot, that’s the perfect chance to headshot them for an easy kill, provided they don’t have a helmet.

Stock up on bandages and energy drinks!

First Aid Kits are pretty rare, but they give you a fighting chance when you’re gravely injured after a firefight. Just remember that using a kit requires a full seven seconds where you must stay still or move very slowly. Bandages, on the other hand, are much quicker and only require two seconds. These are incredibly handy in a bind, so be sure to stock up on them.

Energy drinks grant you “boost”, a meter above your health. If you stack enough boost, your health will regenerate own its own and your movement speed will increase as long as your boost stays above 60. It’s best to stockpile a bunch of energy drinks, then consume multiple at a time to get the boost active. It can help you survive a firefight!

Use grenades to flush out enemies!

Grenades are useful for flushing enemies out of hiding spots or houses. If you can manage to survive till the very end, the playing area will most likely be reduced to a tiny spot with a couple of buildings nearby.

If you’ve saved a couple of grenades, then you’ve got a great advantage! Tossing one into a suspected hiding spot can make players scramble and panic, making them perfect for finishing off.

That’s all for our starting PUBG Mobile survival guide! We’ve included what we think are the most crucial tips for surviving, but we’re sure there’s plenty more. If you’ve got any other tips or tricks to share with the PUBG community, let us know in the comments below!