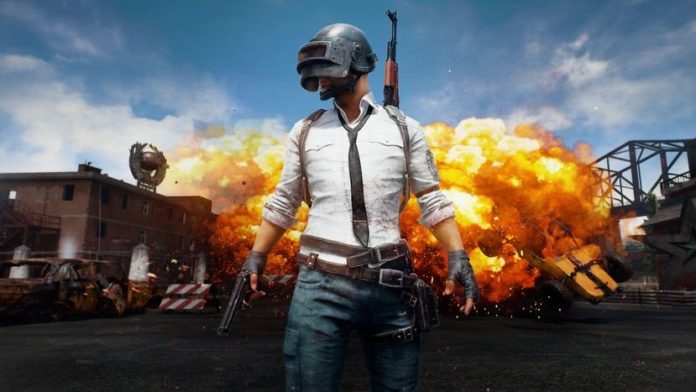 It was PUBG that brought the battle royale craze to the world, and following its initial release on mobile (and even prior to that), many titles similar to it were launched.

And while you can say that if you’ve played a battle royale game, you’ve played them all more or less, there are still some mobile games that make the genre – and especially its fans – proud today.

And we’re here to talk about these games in today’s article where we’ll be sharing some of the best battle royale games available on mobile and ready for you to play in 2020. These games are either innovative or just perfect in execution: either way, you will surely love them all!

So without further ado, let’s check out the best battle royale games for Android and iOS!

I’ve already mentioned this game and I don’t think that it is one that requires a lot of introduction. Basically, this is THE game that brought the battle royale genre to the world and it has already earned its place in the history of mobile and video games.

PUBG Mobile has grown nicely since its initial release on Android and iOS and if you haven’t done so already, make sure to take it for a spin or twenty.

You can download the game for Android or iOS devices.

This is another game that made history and also one that most likely needs no introduction. And, unlike many of the games on this list, it is not only about battle royale, offering a lot more both on mobile and console versions.

Colorful and quirky, Epic’s game took the world by storm when it launched and it hasn’t stopped since. It remains extremely popular to this day – but you probably know all these already, as you sure have the game installed on your device.

If not, you can download it for iOS from the App Store, or get it from Epic’s website for Android.

This is the most popular mobile game on mobile in many countries at the moment of writing this article, and it is so for all the right reasons. Amazing graphics, great gameplay… everything you can wish for from a battle royale type of game like PUBG.

A top choice, available for free, so make sure you download it on Android or iOS right away. Also, if you need some extra tips and tricks to get you started on the right foot, we have a handy guide published here.

The game is created by NetEase Games, the same company that created a whole bunch of battle royale games and all of them pretty successful.

Just like the other games, this is an absolute delight to the eye and plays extremely well, with a ton of active players, features and, of course, loot. This goes on the “more realistic” path, so that can be considered a bonus for some.

Available as a free download, Survivor Royale is out now on Android and iOS.

A really nice take on the genre, this unique games looks like the unofficial baby of Minecraft and PUBG Mobile. And, even though it feels strange at first, once you get used to it, it can prove to be extremely fun.

The location of the battlegrounds is a distant island somewhere in the sea surrounded with a mysterious Blue Zone. Your main task is to stay inside the safe zone and eliminate all your enemies. Become the last man standing, the last hero, the king of the battlefield!

In order to do so, download the game on Android or iOS.

Another game on our list created by the experts at NetEase Games. This was originally launched in Asian territories only, but it became so popular that it was launched worldwide. This is also the first game created by NetEase following the battle royale concept – and still a true hit.

In Knives Out, you play against up to 100 other real players, trying to be the last one standing. Loot, shoot and hide in this awesome game for mobile. Download it on Android or iOS today!

This is one of the most recently launched games on our list and another that requires little introduction: the first ever mobile-only CoD experience. That should be enough to tell you just how amazing this game really is!

Just like Fortnite, it’s not just a battle royale game, offering a lot more modes to the world, but since there is a Battle Royale mode available, I just had to put in on our list. We loved it so much that we wrote a ton of guides for the game as well, but if you want to start somewhere, you can do so with our general tips and tricks article.

Call of Duty Mobile is available on iOS and Android.

Before saying anything about this game’s immense popularity, let me tell you that, at the moment of writing, it has over 38 million ratings on the Google Play Store. For comparison, PUBG Mobile “only” has 23 million ratings.

In other words, Garena Free Fire is THE game you want to play if you want to make sure that you always have a ton of people to play against. Fast paced, each game lasts 10 minutes and pits you against 49 other players in a fight for survival. Great visuals and constant updates make it one of the most popular battle royale games ever.

We have already shared a Garena guide to help you get started after you get the game for free from Google Play or the App Store.

This is another game that goes the voxel graphics way, looking just like Minecraft on steroids (and with lots of weapons). So if you think that’s something you would enjoy, you probably will.

Clearly taking inspiration from PUBG, Pixel’s Unknown Battleground is fun and funny at the same time and most likely you will love it if you give it a try or if you need an alternative to most of the other games on our list.

You can download the game on Android or iOS.

A really fun game that takes goofiness to the next level, Creative Destruction is more Fortnite than anything else, but with a focus on battle royale and with a team that always seems to focus on bringing the most outrageously fun elements into the game.

Top quality title here, with huge player base and a ton of fun to be had. A game that’s not Fortnite, nor PUBG, but a perfect mixture of both, but some entertaining, creative (yet harmless) insanity sprinkled on top. Great stuff, in other words!

Get the game now on Android or iOS.

We’re now switching to something a bit different, or at least that approaches the battle roayle genre from a different angle. And do take that literally, as Battlelands Royale is a top down action game that’s ultra-fast (3-5 minute battles).

Fun and intense, it offers a great alternative to the route that’s already been tried and tested so many times – and so well – by all the other games on our list and after all those similar mechanics, I can say that it does come like a fresh breath of air.

Last but not least, we have this game that perfectly rounds up our top list here. Also coming with a unique approach and featuring axes as weapons (which you can also toss to take out unsuspecting enemies), the game takes the .io concept to a whole new level, delivering a fun and pretty complex product.

If you want a game that is a bit less complicated than your regular BR game, while at the same time blazing fast and insanely intense, then Axes.io is an alternative you’ll be happy to have.

And these would be the best battle royale games for mobile, in our opinion. Do you know others that should be on our list? Let us know by sharing your comments below!