Rules of Survival by Netease Games is an insanely high quality Battle Royale game for Android and iOS. Very similar to PlayerUnknown’s Battlegrounds, the game challenges you to be the last man standing after facing up to 120 opponents on a shrinking map.

We’re here to help you achieve that goal by sharing some Rules of Survival cheats and tips that will turn you into an expert player. Your skill matters a lot too, but for everything else, we’ve got you covered!

So let’s not waste any time and let’s talk some strategy in our Rules of Survival tips and tricks article!

Be the first one to land
Landing first is extremely important, especially if there are other players competing for the same loot as you are. This doesn’t mean that you have to be the first out of the plane – just the first one to get to a good landing spot before everybody else.

You can control your character when he’s dropping – always go straight down towards the ground, as a rocket. You don’t even have to worry about opening the parachute: when you’re getting close to the ground, it will open automatically. So don’t waste any time opening it sooner than you should because you will lose valuable time!

By being the first one to land, you guarantee yourself a solid chance at grabbing some serious loot and taking out players that were slower.

Memorize the map of the area
There’s loot all over the map so, no matter if you’re among the first to jump out of the plane or the last, you still have a ton of choices. But make sure you know exactly where the buildings are and what should you expect in the area.

Always look at the minimap when playing and, after several games, you will already know the most about your map. Make every jump count by going to an area with at least a building where you can get loot from – and where you can get to first!

Have in mind, though, that those top areas with top loot will usually be extremely crowded, so in most cases it’s a better idea to just go outside of the most popular zone and take them out one by one, maybe even after your opponents take some players out themselves.

A solid internet connection
Rules of Survival is a game that has its fair share of lag-related issues, so you want to minimize those in order to get the most out of the game. Only play when you have a strong WiFi connection available. For even more tips and tricks on how to fix connection problems in the game, check out our guide here.

Always be on the move
Unless you really know that there’s an enemy nearby, which is not behind cover and which can be easily taken out from behind a bush, you should always be on the move. Not only because of the shrinking play area (make sure you always keep an eye on that as well!) but because you’re a target that’s more difficult to be hit if you keep moving.

If you can also master shooting while moving, that’s even better because that will give you the upper edge in closer range battles where people tend to stop and shoot because of the more difficult controls.

Play with headphones
Sounds are extremely important in Rules of Survival and knowing where they come from is even more important. You get visual indicators on the compass above, but they’re difficult to follow and nothing beats hearing everything there is to be heard yourself.

Therefore, try to play with headphones if possible: this will also give you the upper hand in battle, helping you locate where those footsteps or shots are coming from.

Pro tip: Use the choppers that constantly fly over the map to your own advantage! When they go over head, they make a lot of noise and nothing else can be heard. That is a great moment to start running around without worrying that your opponents will hear you!

Find the best weapon
No matter how much strategy you know and how good you are at keeping yourself invisible, you can’t achieve a lot without having a solid weapon on your side.

The best weapons in the game are, without a doubt, the assault rifles and the scope rifles. I personally prefer the former because they give you a bit more freedom of movement, while the latter are a bit more stating a force you into playing a waiting game. That’s not really a good choice in most cases, with the shrinking play area.

You might not be able to find a great weapon as soon as you play, but always be on the lookout for one. Take what you have and put them to good use (additional mods like the better scopes and silencers are really useful), but always look to get that perfect rifle that will give you an extra advantage. The AK-47 and M16 are great, for example – but I’d go with any rifle I’d find on the map over anything else!

This is a strategy that works best earlier in the game, when players won’t be very suspicious when finding closed doors as they can believe nobody visited that building yet, but it’s useful at all times. Closed doors put incoming players into a difficult situation: they have to open it and make noise. This way, you will know that they’re about to enter. Even more, if you’re not positioned directly in front of the door, you can start shooting at them and get your easy kill.

If the door is open, your opponent will be extra careful when entering the area (or ignore it completely). They might even throw in a grenade just for good measure, giving you some real trouble. So remember to always close doors behind you and on the other hand, be very careful when you see closed doors.

Find good cover and put it to good use
The fact that the play field keeps shrinking offers the perfect solution for those annoying campers, but this doesn’t mean that you have to be running around like it’s an open field an nobody has an option.

Bushes are extremely solid for cover, especially if you are in a crouching or prone position, but there are other areas that you can find to get some good cover and keep you hard to spot by incoming enemies.

You would have to use everything you have at your disposal, and there’s a lot: from hiding behind closed doors to high positions behind windows, behind fences or trees… you should always find a good spot and do some waiting. Let the enemy come to you and take them out by surprise. It’s better than the other way around!

These would be our tips and tricks for fellow Rules of Survival players. Do you have extra strategy advice that you’d like to share? Let us know by commenting below! 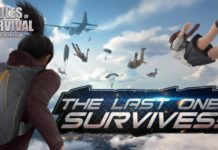 Rules of Survival Connection Issues & Problems: How to Fix Them & Improve Performance