Home Guides Rules of Survival Connection Issues & Problems: How to Fix Them &... 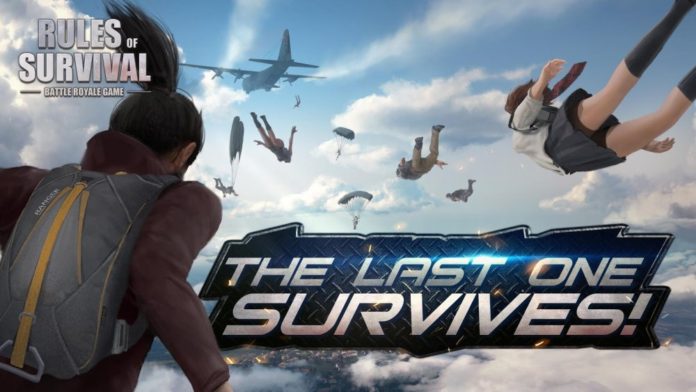 Rules of Survival is an amazing game for those looking for a mobile and free-to-play alternative to PlayerUnknown’s Battlegrounds. However, the newly launched iOS and Android game is facing some serious problems related to connectivity and lag. But we’re here to help!

In today’s article, we’re going to talk about all the things you can do to fix the Rules of Survival connection issues and the lag in the game so that you can actually experience the game fully and don’t get killed just because of high ping rates and poor internet connection.

Before everything else, it’s worth mentioning that the game has just been launched. Probably Netease Games – its creators – were not expecting such popularity and they didn’t have their servers ready for the load. This means that, as time goes by, the internet connection problems in Rules of Survival, including the lag, should be fixed as the developers add more server power.

But until then, we’re getting a stuttering experience that is sometimes fatal for our in-game character. But I’m here to help – so this is how to fix Rules of Survival internet problems and lag:

Choose the right server
When you log into the game, you get the chance to select your server. It’s pretty obvious that you should always go for the server in your area (Europe, US, Asia and so on).

However, it’s not always a must that choosing the server in your region will guarantee smooth gameplay and the lack of internet connection problems. Therefore, you should always try the other servers as well if things don’t go well on the one you’re playing: it could be just that everybody is there and the more people are on a server, the higher the load and potential lag issues.

Lower the quality
One very important feature that could have a major impact is choosing the correct graphics quality for your device. The general rule is this: the lower your visual settings, the better performance you will get in the game.

In order to change the quality of graphics to reduce lag, after joining a server, tap the settings button in the lower right corner. There, you should set the Quality to LOW and work your way up if you have no connection problems.

Play on WiFi, not Cellular
Rules of Survival requires a lot of bandwidth in order to work flawlessly and therefore it’s better to play it when you have a solid WiFi connection with strong signal. Cellular data, even if you have 4G, will still give you hiccups and poor performance, so only play the game when you have solid WiFi signal.

Turn off all unnecessary audio
Although it might be fun to hear nearby players or even chat with squad mates, this feature is draining your bandwidth even more. Therefore, you should disable both the microphone (which is disabled by default) and the option to hear your real life opponent or team mates talking by tapping the small icon to the right.

Rest assured that you only turn off the audio for hearing real people commenting, not the in-game sounds which are extremely useful.

Restart your device
Sometimes, a plain old restart does wonders for the game. If you are constantly getting laggy gameplay and connection issues when playing the game, go for a restart and re-launch the game immediately afterwards, before starting any other app in the background.

Upgrade your device
This is not the solution you want to hear, but it could make a huge difference. I first player Rules of Survial on an iPad Air 1 and, even with the lowest settings for the graphics, it stuttered and lagged and was unplayable in some cases.

Afterwards, I moved on an iPad Pro and things got a lot better and I enjoyed a smooth experience. Rules of Survival requires a ton of resources so if nothing else works, it might be the time to think about upgrading your device.

Hopefully, Netease Games will do everything they can to deliver an optimum performance on their end by upgrading their server power. Until then, feel free to try our recommended advice as this might solve your problem.

Are you still experiencing lag or connectivity issues in Rules of Survival? Or even better – did you manage to find other potential fixes for this annoying problem? 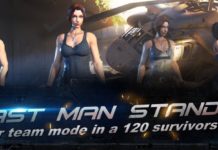 Rules of Survival Tips & Cheats to Be the Last One Standing