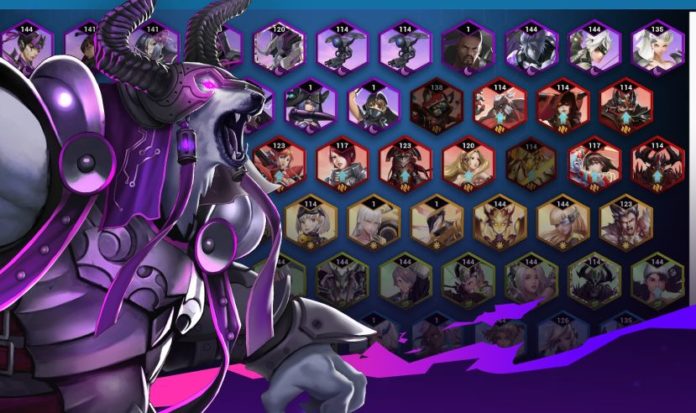 With so many heroes available in Battle Breakers, I could say that building the perfect team is probably the main challenge of the game. But I am here to help by sharing a guide on how to build an amazing team in Battle Breakers.

There are hundreds of heroes that you can recruit – some way sooner than others, and each with different stats, roles and skills. Yet you only have 5 spots for your team and you always have to make sure that you mix the best possible ones for the current stage you’re trying to beat.

Because, as difficult as it is to build a solid team that works in most occasions, things get even more complicated as you advance through the game and start thinking about using those additional team slots and create element or role-specific teams that are created for special areas in the game.

But everything will be easier after your read our Battle Breakers team building guide: the main mechanics are always the same, no matter if you try to build an amazing team with just one or two elements or a generic team that will be suitable for taking on all types of enemies.

Now, building your team in Battle Breakers is almost an art. But it also depends on many other factors, the most important being the heroes that you have at your disposal. Most likely, there aren’t two players out there who have exactly the same heroes available, so listing the five best heroes in the game below and telling you that’s the best team wouldn’t help much.

This is why I am making this guide a bit generic: to help you understand what are the important things to look at and consider when building your team, going for heroes that complement each other, that build on strength and work flawlessly as an unit.

You will be able to then take these concepts and use them to select the absolute best heroes for creating your main team. And I am talking about “main teams” here – which are multiple-element ones because you have to be really advanced in the game and with tons of good heroes at your disposal to start considering specializing teams on one element alone.

So… how to build the perfect team in Battle Breakers?

There are actually some generic rules to follow and things to have in mind when it comes to building your team. You will have to pay a lot of attention to details, but apart from that things will be more or less simple!

1. The rarity of your heroes matters a lot

In most cases, rarer heroes are better than more common ones. The rarities are: Common, Uncommon, Rare, Very Rare and Super Rare.

IMPORTANT! The rarity is different from the number of stars. While usually the rarer heroes have a potential of more stars, you can still have a more common one that could reach the same amount of stars.

For example, Smasher is a very rare hero which can get to 6 stars, even though most Very Rares are capped at 5. So just looking at the number of stars could be a bit misleading. Instead, check out the hero’s rarity from their rating screen:

And this would be the most important rule to have in mind: rarer heroes are better than more common ones: they have better starting stats and also better skills in most cases.

2. The skills of your heroes makes them or breaks them

Many consider the main roles as the most important factor when deciding what to do with a hero, but that’s just a general indication of what to expect. Sure, when you see Mage or Warmage or anything like that, you know already that you’re talking about a damage dealing hero with tons of mana.

But the skills vary from hero to hero and you have to keep them in mind at all times. Even more, you must make sure that they are useful for your particular team setup.

For example, Silent Blade (screenshot above) is a really good Green hero with an apparently amazing Commander Skill: +30% Attack and max HP to its allies, plus other bonuses. The problem is that this only applies to other Green Heroes – so if he’s the only Green one in your team or you only have one other Green Hero in your setup, the benefits you’re getting are not as great.

But Commander Skills are not all: you have to consider all the other skills (mainly the Special Skill which is basically their special attack that you trigger when they have enough mana) and the Passive Skill.

And here you have just as many options as heroes exist. Try to find a balance here: while it’s usually a good call to focus on choosing heroes that can really pack a punch and destroy opponents easily, you shouldn’t ignore the power of support-type skills.

For example, we have Lady Nefertiti, a red fire mage with some amazing skills in my opinion:

As you can see, when you use her Special Skill, not only that you deal a ton of damage to all enemies on the board AND stun green enemies for 2 turns, but you also heal all your teammates. This is an ideal hero to have in your team, even though her passive only improves fellow Red heroes.

3. Stats are important, too

Skills and rarity make heroes better, but it’s also the stats that you have to look at. And here is where things get a bit more complicated, because the main stats: health and attack can be modified a lot using elixirs and other hero improvements.

This means that once you have a hero at level 60 and maxed out with all possible improvements, it’s a bit difficult to compare it with a newly acquired hero with no boosts… but you have to do it (or invest XP to level them up and see if they could be better).

Usually, I would say that as long as the Skills sound good, you have all the reasons to upgrade and invest in your hero, because it’s ultimately the skills that matter.

But the stats are important when it comes to the position of your heroes in your team: the ones up front are targeted more often than those at the back, meaning that you have to place tankier characters in the first row and those with lower health on the second line.

IMPORTANT: This doesn’t mean that you really need tanks (those heroes with a ton of health but not much else) in your team. I am actually very disappointed with tanks and I am yet to find one with skills so good that they convince me to have them in my team.

Instead, look at the maximum health of your units and make sure that you have the ones scoring highest up front. It’s that simple, and keeping this in mind can improve your heroes’ overall survivability by a ton.

4. Elements should be considered as well

Since the game follows a rock – paper – scissors mechanic, meaning that one element is strong against another and weak against a third, when building a generic team, you should try and mix up as many elements as possible.

I repeat – this advice doesn’t go well for when you try to specialize, but specializing early on is risky because you will face various types of enemies throughout the stages and generally, especially early on, you won’t have a lot of great heroes in each element to choose from.

So instead I would say that it’s a lot better to build a team with one of each elements, selecting the best hero from each.

In reality, you will probably end up having two out of your starting five of the same element and the other three different. If that’s the case, make sure that you get the wildcard (the second commander which is usually coming from a friend) of the element you don’t have.

5. Make sure your starting heroes are maxed up!

While in my tips and tricks article I recommend caution when it comes to spending your resources on improving heroes, the ones that start a battle should always be as good as they can.

Sure, you shouldn’t hurry to max everything out before you reach level 20, as you will have better heroes when you’re at level 40 (and you get there relatively fast), but starting at that point you should definitely start working on maxing up your starting characters.

This means that they should always be at the maximum allowed level, but also have the maximum – or as many as possible – Gear upgrades and Elixirs used, and also Skill upgrades.

6. Use the game’s Hero Helper

Simply hitting the “Hero Helper” button will have the game recommend a setup of heroes to use in battle and it will generally do a really good job at choosing the best ones available.

I am not entirely sure at the moment if it does take into consideration very good heroes that are just acquired – but if things seem to fail, consider checking the AI’s recommendations as well.

They won’t always work – the game keeps telling me to use Silent Blade in my team and I consider it way under what I’m using instead (Beastman Champion) especially since I have no other Green heroes in my team, but all the other recommendations are spot on.

If you didn’t go through all my explanations above, but you want a quick summary, I would say this:

Building your perfect team is a matter of selecting the rarest heroes that you have at your disposal, leveling them up to the maximum and maxing up all their other stats, while making sure that you select skills that are useful for your particular situation and team set-up.

Try to cover all – or as many elements as possible – when building a team, because you want to have that elemental damage in battles, no matter what the situation is in the game and don’t look at player roles as much as you do at their general stats and skills.

Now you know all the basics for building a great team in Battle Breakers – but that’s just part of your path to glory. You have to actually put your heroes to good use in battle, but that’s a topic that I’ll detail in a future guide.

Until I have it ready, you can check out how to unlock more heroes and if you have additional questions or comments, don’t hesitate to share them with us below.