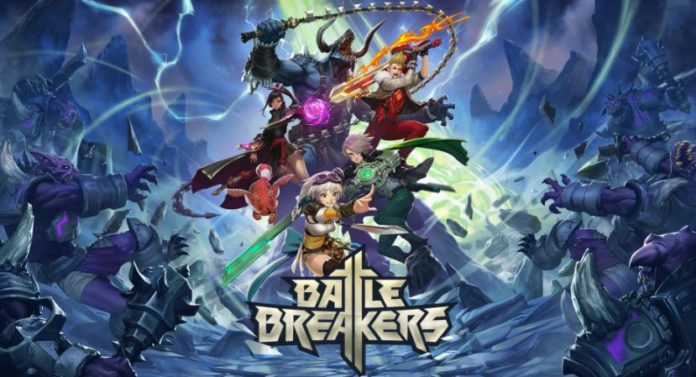 With over 100 characters available in the game, you’re probably wondering how to unlock all heroes in Battle Breakers and today’s guide will help you answer the question. There are multiple ways to get more heroes – both free and paid – and we’ll cover them all.

Basically, no matter which route you take, you’ll have to do a lot of grinding to unlock all characters in Battle Breakers. Fortunately, this is extremely fun and there are some shortcuts. We’ve talked about how to better play the game in our guide, so make sure to check it out as well in order to make sure that you progress faster.

Now, back to today’s topic, let’s check out a list below to see how to get those super rare characters for your team!

This one is pretty simple, actually: all you have to do in order to unlock new characters (including pets) is to log in daily. Every now and then, Epic Games will reward you with an actual character for this.

At the moment of writing this article, for example, you receive Sergeant Albeck as a 2nd day login reward, plus Painguin and Spry on days 10 and 15. Things will probably change afterwards, with a new set of characters rewarded for logging in.

2. Keep an eye on the special events

These special events are also a great way for you to unlock new heroes. We don’t know in advance what sort of special events will follow, but the developers will release some regularly. Expect good rewards during important holidays!

It’s not easy to earn Gems for free… but not insanely difficult either, especially if you’re patient and play the game regularly.

So save enough Gems to buy Premium Stuff from the store, such as the Elemental Heroes option for 500 Gems Each.

4. Buy them from the Hero Store

…or you can buy heroes directly from the Hero Store. Again, this won’t be easy, but at least you won’t have to spend real life money on it.

The game will reward you with new heroes for your progress in the game. So keep on playing, complete stages, gather stars and complete areas in Battle Breakers and you will slowly but steadily unlock new ones for your team.

6. Get your battle pass

The battle pass is a premium investment, one that comes with a lot of advantages. I already wrote a more in depth article about the Battle Pass and I encourage you to check it out.

But the conclusion is that if you get one, it will be a lot easier for you to unlock more heroes – and do it faster. Both through general progression and filling up the Battle Pass bar, as well as indirectly through the Premium rewards you earn.

Completing daily quests rewards you with hammers that can be used to open the Hammer Chest. Right now, I’m working on the New Player Hammer chest which will have a hero inside… and most likely other chests will too.

This kind of goes hand in hand with you being active in the game: you collect hero traces as rewards for your performance in the game and when you have collected enough of those, you can go to the skybreaker and get a new hero.

The nice part here is that even though the quality of the heroes is not great, it’s a multiple choice kind of thing, so you can always guarantee that you’re getting the hero that you need the most for your team in its current state.

As you can see, there are countless ways at your disposal to unlock more heroes in Battle Breakers. Yes, most of them require a bit (ok… a lot!) of grinding, but it’s fun to do and extremely rewarding.

Did you manage to find other ways to unlock new heroes in the game? Let us all know by commenting below!

Also, don’t forget to check out Battle Breakers tips and tricks article if you’re just starting up and you want to make sure that you’re doing all the right things.