Home Guides Battle Breakers Battle Pass: Should You Buy It? 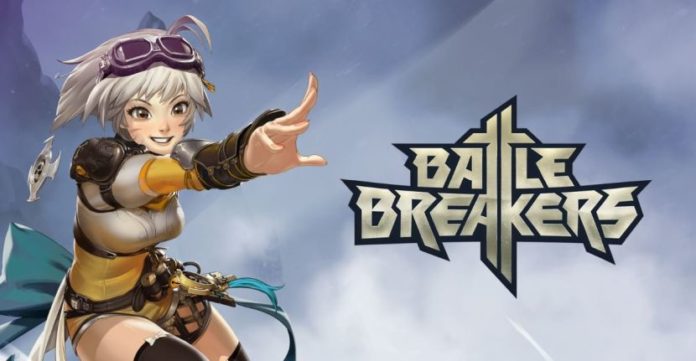 If you want to progress faster in Epic’s Battle Breakers, you can buy a Battle Pass. This gives you the opportunity to unlock new content (including a dedicated Special Event series), get new heroes and Premium Rewards.

But is the Battle Pass worth it? Should you buy it with real life money? I will try to help you find the correct answer in today’s article, sharing my opinions and experience with the battle pass.

How much does the Battle Breakers Battle Pass cost?

The price varies, depending on where you are playing from. Since I am playing from Europe, I paid 4.99 Euros for it. Most likely, the USD price is similar, so it should be $4.99 – a one time payment.

How long does the Battle Pass last?

Epic is not very clear on this matter, saying that it will be available “for multiple weeks”. So while we don’t know exactly how long it will last, we can assume that it will be 4 weeks because this is how long the Special Event “Easter Kingdoms” – which is a Battle Pass event – lasts.

Also, it could be 30 days from the moment of purchase (even if a new event becomes active during this time), as that’s the amount of days you receive gem rewards for (see below)

What do you get if you purchase the Battle Pass?

If you decide to get the battle pass, you have several benefits in the game and I will list them below:

– as soon as you purchase it, you will unlock a new nature hero, Silent Blade, a pretty solid Assassin hero with good skills:

– you get access to the Battle Pass special event which will give you XP points to unlock various goodies, depending on the level you reach.

– finally, and most importantly, you will get Premium Rewards for gaining levels during the Easter Kingdoms event: expect stuff like magic tickets, hero traces, lockpicks and more. You also get three premium characters: one pet and two new heroes.

The heroes are Jayna the Clever (a decent damage dealer) and Fuma Kotaro, an amazing Super Rare hero that will really take your team to the next level.

IMPORTANT: These rewards will not be guaranteed! Although you will have a lot of time to do so, you will still have to unlock them! For example, in order to get to Fuma Kotaro, you should get to level 20 with the Battle Pass XP, which requires a bit of grinding and play time. So it’s not like you’re getting a ton of stuff for free.

All in all, it appears that the value you’re getting for your money is 30,000 gems and the rewards would take you between 20-30 hours of gameplay if you did it the “no pay” way.

Is the Battle Pass Worth it?

I have personally decided to purchase the Battle Pass. I wasn’t at a stage in the game where I couldn’t progress any longer, but I felt that it’s better to have it sooner rather than later in order to unlock as many rewards as possible.

You really get some truly helpful bonuses and goodies from the battle pass – the most important being the impressive Pet – a 5-star one that remains summoned until defeated (you get him at level 10), as well as the truly impressive Fuma Kotaro hero.

But I do feel that you can still play the game and enjoy it without getting this pass. Sure, this makes it a bit easier for you to progress and build a team that you will definitely use long term (I see me running with Fuma Kotaro and the other two heroes for a long time now), but it’s not like you can’t do without them.

It’s nice that the battle pass is not “pay to win” but rather “pay for a smoother walk in the park”. I personally decided to purchase it and I have no regrets – I like the goodies that it comes with.

So if you love the game as much as I do and you have some money to spend, you’ll definitely be satisfied with the rewards and goodies it offers. It’s really good value for the money, given the number of heroes and goodies you get for your one-time investment.

But if you are really not the type to spend real life money in video or mobile games, you’re not really forced to do so and I believe you can still progress without problems through the game’s main story.

Additional reading: check out my guide to Battle Breakers and see which character to choose as your starting one.

Back to you now: have you purchased the Battle Pass in Battle Breakers or not? Do you think it’s a good investment? Share your thoughts in the comment section below!