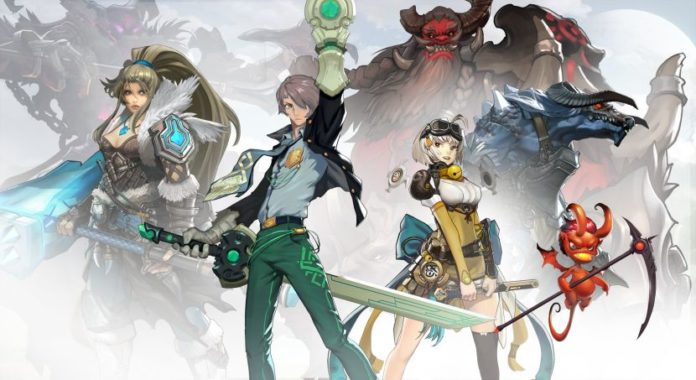 The first big challenge that you are faced with soon after starting to play Battle Breakers is selecting your starting hero. You have to choose between three Super Rare heroes, Tessa, Laric and Mei.

But which of these characters is the best to select as your starting hero in Battle Breakers? I’m writing this quick guide to help you decide.

We’ll start by looking at the three heroes and see what their advantages are:

Tessa is an Archer. Like all characters in this class she deals massive damage to a single enemy and is also capable of burst damage. She has lower HP, but higher ATK.

Let’s take a look at all her skills, to see exactly what to expect of her!

Heroes can also trigger Reflex attack or defense moves, with various effects. Hers are:

Quick thoughts: Tessa is a really good hero. Being a boss killer makes it easier for you to get past the difficult bosses in each stage. That passive is however minimized a bit by the fact that she will sometimes fight against opponents that she has an elemental weakness against.

But still, I really like her as she deals a ton of damage to single targets, usually managing to take them out in one shot.

Laric is a Warrior, meaning that he is a Frontline character. This also means that he has massive health, but deals less damage. He’s skilled at staying alive and protecting the other heroes from getting damage. In other words, a Tank.

Let’s check out his skills below, to see what each does:

Special Skill: Power Strike – 300% ATK and ignores the target’s Reflex DEF. Also increases the entire team’s DEF by 16% of his max health for the next 1 hit.
Passive Skill: Stonewall – A successful block increases block chance by 15% for 5 turns. Increase ATK by 100% Block chance
Commander skill: +20% Block chance to the team

He also has two interesting Reflex skills, detailed below:

Quick thoughts: Laric doesn’t deal a ton of damage by default, but is extremely useful on the long term due to his amazing skills and boost. He’s clearly an amazing tank and there’s nothing to hold against him when played in this role.

However, early on in the game, you kind of need a bit more of a damage dealer to go through the stages easily… at least until you get several heroes to really build up your team. Not really sure if you should pick him or say pass for this reason alone.

Not just really beautiful too look at, Mei is also a Mage, specializing in dealing damage and control spells. She starts with double mana compared to the other two, but also deals minimal damage and has low health.

But let’s see if her skills make up for that:

Her Reflex attack and defense skills are equally impressive, as you can see below:

Reflex ATK: 30% chance for Power Surge (perform an extra attack to all enemies, plus next Special Attack from any teammate deals extra damage)
Reflex DEF: 15% chance for Reflect (take the full effect from the attack, but return the same back to the attacker)

Quick thoughts: All in all, even though low on health and not dealing a lot of base damage, Mei does have the skills to make her a solid contender for the top spot in your team. But should you choose her as your starting hero?

Which Starting Hero to Choose

All heroes are Super Rare, with solid abilities and each representing a great choice in their own area. In other words, Laric is a great tank, Mei is an amazing Mage and Tessa is a great damage dealer.

Since Battle Breakers is built in such a way that you will always choose the next hero you unlock out of three available options (unless you are gifted one for free), it means that you will still be able to build a solid team around your starting character, taking advantage of their bonuses and not being left behind in other areas.

However, I have to recommend a character and simply telling you to go with your guts isn’t enough. So I would say that you should choose Tessa.

She is a great damage dealer and extremely useful early on in the game when she takes out enemies without a problem (and also deals a ton of damage to bosses thanks to her being a Boss Killer – even if she doesn’t have the elemental advantage).

Her reflex skills won’t trigger as often as they would in the case of the other two characters, but I consider this a small problem that won’t really bother you too much.

Who’s the second best? If for some reason I wouldn’t be able to select her, I would definitely go for Mei. Not really because she is that amazing (although she is good!) but because Tanks are easy to be found while playing and even though you won’t get Super Rares, you will still be able to keep them up front long enough to offer protection.

You need a solid backline, with massive damage dealers and Mei can take over that role – being especially useful when dealing with multiple enemies.

So there you have it – my recommendations regarding the best hero to choose as your starting character in the game. Do you agree with my rankings or not? Let me know by commenting below!