You need your Battle Breakers heroes to always offer the most that they can offer if you want to keep on winning and in order to do that you have a lot of upgrades available for your heroes. Evolution, elixirs, gear and skill upgrades as well as regular level upgrades – these are the things that you have at your disposal and we’re going to talk about them all today.

Probably the most important feature of them all is evolving heroes in Battle Breakers because that’s the most difficult one of the bunch, with the biggest resource requirements.

Hero Evolution & Getting materials for it

When you evolve a hero, you basically increase their star rating by one. When you do so, you give them an important boost to their regular stats, but also improve their skills. In other words, they become more powerful after evolution.

However, in order to evolve your heroes, you need a lot of resources, out of which the most important is the Essence.

The essence that you need for evolution is difficult to find and hoard, which makes it extremely important for it not to be wasted. Only spend it on heroes you are sure you’ll be using long term in battle (rare ones with solid skills and high potential number of stars).

You will receive essence of various sorts as rewards throughout the game, but also from defeating bosses on the World map and from selling units. But you will never have a ton of it!

In order to evolve a hero, you will need it to have reached is level cap, but you will also need to spend some regular money and Power Source. These are a lot easier to be found that Essence and you shouldn’t have a problem having enough at all times.

There are various types of Elixir that you can collect from the world map or various events, stores and rewards. They give a small but permanent bonus to your heroes’ stats.

You won’t ever know how many of those elixirs you have used for a specific hero, but they will get their stats boosted at all times, which is good. And, in the long term, they can really help because every little bit counts and the numbers add up pretty fast.

Just like with everything else that has to do with heroes in the game, it’s vital not to waste your Elixir on heroes that you won’t be actively using in battle: instead, try to stay away from investing it for as long as you are still competitive on the World Map.

When things start to be too difficult, you probably have a solid set of heroes to choose from already and you can invest in your best ones without a problem.

The level of each hero’s gear (Weapon and Armor) can be upgraded to a maximum level that’s decided by the level of your Crystal Forge.

In order to upgrade the gear, you need to spend various types of ore that you can find in the mine. Also, once the maximum level is reached, you can evolve the gear using special Crystals.

You should always make sure that you have the gear upgraded to maximum level, as the Ore is really easy to get and even if you decide to switch heroes, it’s not as bad of a loss as it would be if you wasted other rarer items.

Finally, you can further improve your heroes by increasing their skill. This only affects their Special Skill and you see the effects each upgrade has before upgrading.

In order to increase the level of your heroes’ skill, you need SXP books (skill XP books) which can be found in hammer chests and obtained as various in-game rewards.

The skills are also difficult to level up, so make sure that you’re spending the resources on heroes that you are going to use often

Improving your heroes in Battle Breakers is not the most complicated thing in the game. Things are very easy to learn and master as long as you can find the best balance between hoarding items in hopes for better heroes and actually upgrading the right ones at the right time.

I recommend patience especially early on: focus on heroes one at a time and always start spending the rarest of items on your best ones. Usually, the better heroes are the rarest of them all – so start with those.

Is there anything that you’d like to know about hero evolution in Battle Breakers or anything else related to making them stronger? Let me know by commenting below!

Also make sure to check out some of our previous guides for the game, like the general beginner’s guide, advice on the best starting hero to pick or the complete guide to the Color Match mechanics. 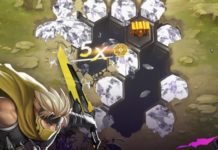