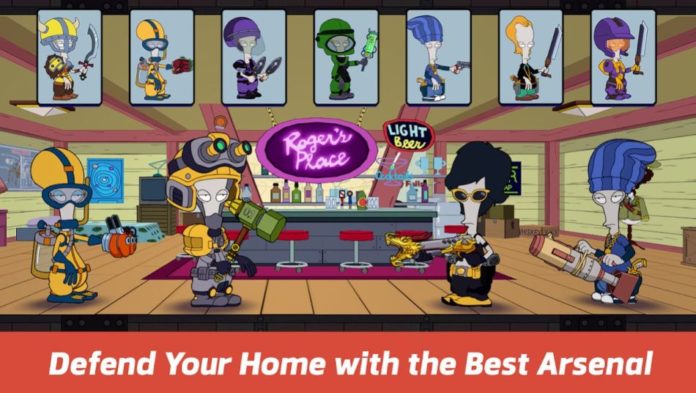 If you want to learn how to win all battles in American Dad! Apocalypse Soon, then you came to the right place – because we are going to go into much detail about the battles and teach you how to win all of them!

Since there are quite a few types of battles in the game, let’s go through all of them and explain everything that you need to know about them. Firstly, you can check out our game guide right here to learn all the tips and tricks that we have about the game, and then you can also learn how to get more Golden Turds for free in game!

OK but since you came here to learn all about fighting, let’s not waste another second and dive right into the American Dad! Apocalypse Soon fighting guide right here below!

Arguably one of the most, if not THE most important thing in the game would be to get better Rogers. The better star rating your Rogers have, the better potential they will have and their power will be higher by default.

Since there are a few classes for the Rogers, I would say that for fighting you should always use the Rogers which have the highest potential in Fighting – so a Fighter specialized Roger.

Another thing which is important, is to get Rogers which have good star rating – you can check out our guide on how to get 5-star Rogers right here and use that to help you farm some better characters.

OK so that’s the very first thing that you need to do regarding your Rogers and how to better prepare them for the upcoming fights.

Pick the right Rogers to fight

I know that I mentioned this before, but it is super important that you pick the Rogers with the right max attributes to carry your battles. As you might already know, there are a few classes of Rogers in the game:

– Fighter (the one you want here)

You can check their classes by tapping on the Roger you want and then on the left side of the interface which will appear you can see their stats and attributes. Pick a Roger whose Fighter attribute numbers are higher than the others (because the Rogers can have even 4 attributes).

Those Rogers will be the best ones who can fight for you, so make sure you check out that numbers too.

Train the Rogers to be better fighters

For the Fighter class Rogers you can choose to improve them even more by sending them to the Fighter Training Room. Well, you can send pretty much every Roger there, but I don’t see that as being productive since for the Rogers with a lower Fighter attribute from the very beginning the training will take longer.

So I would suggest that once you picked your Fighters, you go ahead and train them up to the maximum potential that you can. This will take time, so be very careful because if you are sending in your best fighters there you might not be able to fight in other instances until their training is complete!

When you tap on the info button of the Fighter Training Room you can see the number up to which the Fighters can be trained. So keep in mind that if you want better stats for your Fighters, you will need to upgrade this room as well.

Equip your fighters with the best gears

After completing various tasks in the game or simply purchasing a lot of Agent’s Chests or Confidential Chests you will receive quite a lot of gears. You should make sure that you always equip the best gears that you can because those will increase your overall team power.

You can check out the gears that you currently have by tapping on the crate in the left side of the screen. You can then select the fighter Rogers that you have in the Roger’s Place (or if you don’t have your fighters there, make sure you send them there) and start equipping them with the best gears you have.

While some of them will get melee stuff (mostly tank stuff) some others will get ranged equipment which will make them the back line of your troop.

Don’t forget to upgrade the Roger’s Place as much as you can, because the more you upgrade it the more fighters you will be able to deploy at once on the battlefield:

The more fighters you have, the more power your team will have – so it’s definitely important to not forget to make all of these upgrades eventually.

Learn how to win all battles in the game:

– The “battles” happening in the house

These are not exactly your typical battles, but more like in game events where you have to pay attention to your surroundings and check if in the house there will be some sort of enemy spawning which you will have to take down.

There can be a ghost, a fire elemental or other such encounters, and whenever you spot one, you need to tap on the icon which appears next to them to take them out immediately! So like I said, it’s a fight, but not really – it’s more like an in game event. For this encounter, the Roger that is the closest to the thing which spawns will go and handle it.

These battles are your main battles and your main story progress in the game. You will be able to fight multiples waves of enemies in stages, and you will need the proper team for that.

During these battles you can see your team’s Power in the left side, while the enemy’s will be in the right. Try to always pick your fights with enemies who have less power than you, or at most equal to you – but never higher.

That will be a losing battle more often than not, so try to avoid these because they will result in loss of resources.

I suggest that you fight and advance as much as you can in those battles, and then when you cannot advance anymore, you can stop and start working on upgrading your rooms and making your Rogers stronger (train them and equip better gears).

– Defeat opponents in the Map

The battles carried out here will be against opponent players which will try to set base in the various locations which will be available throughout the map. They will also have a certain power, so try to challenge them only when yours is higher than their.

When you win a battle like this you will receive 24/25 Trophies, and if you lose you will have -4 Trophies reduced from you.

I suggest fighting only the opponents which you are positive you can win against because otherwise you will end up losing trophies for no reason!

– Fight in the Tournaments

You will have to fight against some quite powerful players, so I definitely suggest that you try these battles only when you have at least 5 Rogers on your team and all of them equipped well to fight.

These would conclude our American Dad! Apocalypse Soon fighting guide! Do you know some more cool and useful tips about fighting? Leave them down in the comments section below!