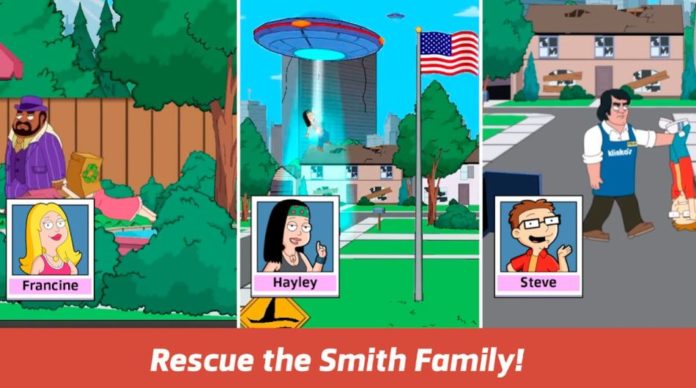 Are you curious about how you can improve your Rogers / Characters and possibly get 5 star Rogers in American Dad! Apocalypse Soon? Well, look no further because we are going to tell you everything you need to know about the Rogers and how to get 5-star Rogers in game!

Well, firstly you should make sure that you check out our game guide right here so that you can learn all the tips and tricks about the game that we know of which might help you improve quickly and pass more stages!

Well, let’s start with the very beginning and take things one step at a time, because this is not going to be such an easy task, especially if you are a f2p player, but in time you will manage to build your Rogers to all be powerful and 5-star quality!

Firstly, you can and should get more Rogers because that will help you progress more quickly in the game. To get more Rogers you need to build a Cloning Room. This will allow two Rogers to start cloning themselves, and in return create a baby Roger which can have a better attribute than the parents.

How to clone Rogers:

In order to clone the Rogers you will need to drag and drop two Rogers to the Cloning Room. Once they are in the Cloning Room, they will start cloning themselves, and that can take a while. You can check the time left until the baby Roger is cloned by tapping on the Cloning Room and then selecting the info option there.

Once the baby Roger is delivered, you can see your baby walking around the house with his little baby bonnet (pretty cute). You cannot see the baby’s stats until he is fully grown, but all you need is to give it some time because eventually it will develop into a fully grown Roger.

Once the baby has a green arrow above his head you can check the baby out and grow it into a full adult Roger.

You need to keep in mind that sometimes Rogers will get exhausted of cloning, and then you will need to take them out of the Cloning Room and place another couple inside. You will see a small green icon with an X above their heads when they are tired of cloning, so if that is the case, remove them because they will not do anything useful in there.

Also you should create another Cloning Room as soon as you are able to, because that will speed up the cloning process and make it easier for you to get more Rogers.

How to get better Rogers / Characters:

I can tell you step by step how to do this, and in case you are confused with what I mentioned above, I will write them step by step:

– Select your two Rogers with the highest star rating that you have and send them in the Cloning Room.

– Slowly the Rogers will start producing clones, but this will take time and if you only have 3 star Rogers it will be a fairly low chance that you get a 4 star Roger from it.

– Once you can build more Cloning Rooms try to clone more Rogers and eventually you will get better ones.

Chances of getting 5-star Rogers:

Don’t bother with the 1 star Rogers because it’s really no use.

When you combine two Rogers there will be certain chances of you getting better Rogers, but let’s get a more into detail about that:

That’s of course, if you are a f2p player – for the premium players this comes a little easier as they can buy some offer packs which will give various goods and 4* Rogers.

So keep in mind if you want to get 5* Rogers:

– Use only your best Rogers in cloning because they will give you the highest chances of obtaining better rating Rogers.

– By building more Cloning Rooms you can clone multiple times using your Rogers so that will also make it easier to try and get better Rogers.

– If you are a f2p player it will take more time because you most likely you will use two 3* Rogers for cloning and then you will need to try multiple times to achieve 4* then slowly build for 5*.

So these would be our ways on how to get 5-star Rogers in American Dad! Apocalypse Soon! Don’t forget to check out our article on how to get more Golden Turds because that will come in handy if you want to collect a ton of those smelly goods! 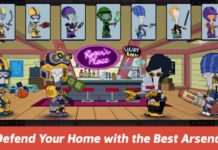 American Dad! Apocalypse Soon – How to Get More Golden Turds