With Patch 2.1, League of Legends: Wild Rift is set to receive the brand new Replays feature and Spectator mode. After the release of patch 2.1, players would be able to watch replays of the most recent 50 matches along with the ability to spectate their friends’ matches.

In addition to this, a new Lunar Beast event will begin in Wild Rift later in the patch. However, the developers haven’t shared the event’s details and said that Further Information about the event would be revealed soon.

Here’s an overview of all the new features and changes that will be implemented to Wild Rift after the rollout of Patch 2.1.

Related: How to emote in League of Legends: Wild Rift

Xayah will be released later in the patch.

Rakan will be released later in the patch.

Replays are now available for your 50 most recent matches! Play back your game as it happened to improve your play or relive those unforgettable moments. Replays feature a new HUD, showing both teams’ items, summoner spells, gold earned, and more.

Spectating a matchmade game features a three minute delay to avoid game spoilers. Custom games feature three spectator slots, and do not have any delay.

All skins will be released throughout the patch.

Fixing an issue where Kai’Sa wasn’t hitting as hard as she should.

Stacking the effects of the Redemption or Locket Enchants should come at a cost similar to multiple Heals. We’re adding some restrictions to preserve active enchant diversity.

Rift Scuttlers now spawn similarly to League PC. At the start of the game, two Rift Scuttlers spawn (one on each side of the map), then one Scuttler on either side is randomly spawned thereafter. 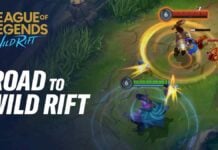 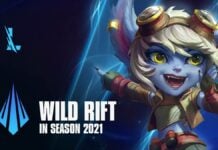 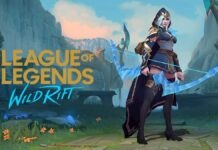 What is League of Legends: Wild Season One release date?