Home Game Guides Who is Silver in Disney Twisted Wonderland 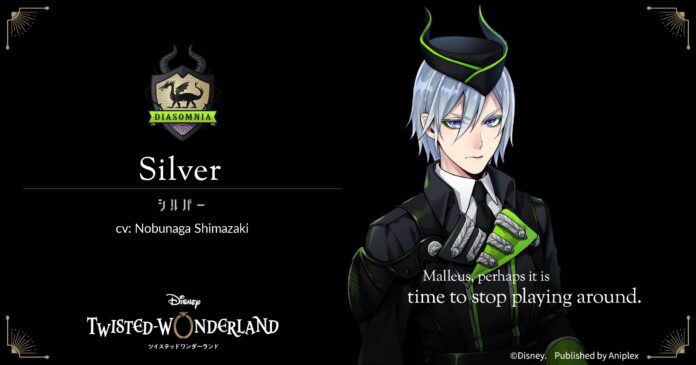 In Disney Twisted Wonderland, you will come across several different NPCs and characters, and some play a vital role in the game’s storyline. In the game, you step into the shoes of a student who finds themself in a strange magical college called Night Raven.

RELATED – Who is Dire Crowley in Disney Twisted Wonderland

Who is Silver in Disney Twisted Wonderland?

As per the official description, Silver is “a cool and collected boy who guards Malleus like a knight. He is so low-key that his calm demeanor often crosses over into a state of visible drowsiness.”

He is a fair-skinned boy of average height and is portrayed as a serious and reserved person who doesn’t like to express his emotions, and is a hard-working person. He has dedicated his life to becoming a knight similar to his adopted father Lilia in order to repay him and Malleus for raising him.

His uniform matches with the rest of the Diasomnia students. In Disney Twisted Wonderland, Diasomnia is a dorm for students who are brilliant at magic.

He is the only named student to not have a last name. Silver generally is quite easygoing but becomes wary and even aggressive when it comes to the protection of Malleus. As per Silver, Lilia was the one who named him and he says that Lilia came up with a name for him from the color of his hair.

RELATED – Who is Cater Diamond in Disney Twisted Wonderland

Who is Silver in Disney Twisted Wonderland