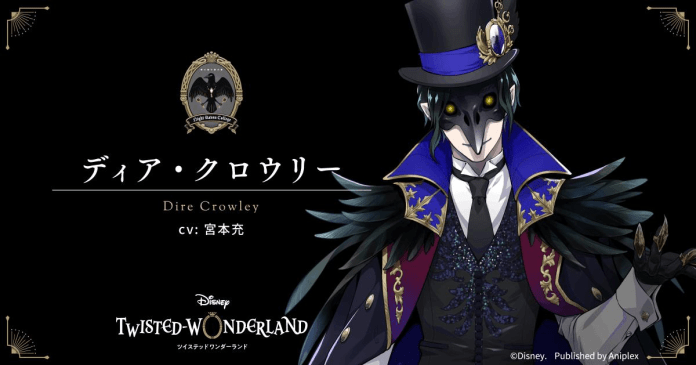 You as a player will be a student in a peculiar magical college called Night Raven and come across several different playable and non-playable characters, each with their own unique traits. In this article, we will tell you about Dire Crowley in Disney Twisted Wonderland.

RELATED – Who is Che’nya in Disney Twisted Wonderland

Who is Dire Crowley in Disney Twisted Wonderland

Dire Crowley is the masked Headmaster of the reputed magical training school, Night Raven College. His tagline is, “Because I’m so kind.” After Yuu (the main character) winds up lost and is called to Twisted Wonderland, he is the one who takes them in and nominates them as Prefect and leader of the Ramshackle Dorm.

Apparently, Crowley is exploring ways for Yuu to return to their original world. Crowley’s face is covered by a half-mask which shares a lot of similarities to that of a raven’s beak. His staff is also designed to resemble a key, with a golden raven as its handle.

RELATED – Who is Malleus Draconia in Disney Twisted – Wonderland

Who is Dire Crowley in Disney Twisted Wonderland