Home Guides Where to Find Sango Pearl in Genshin Impact 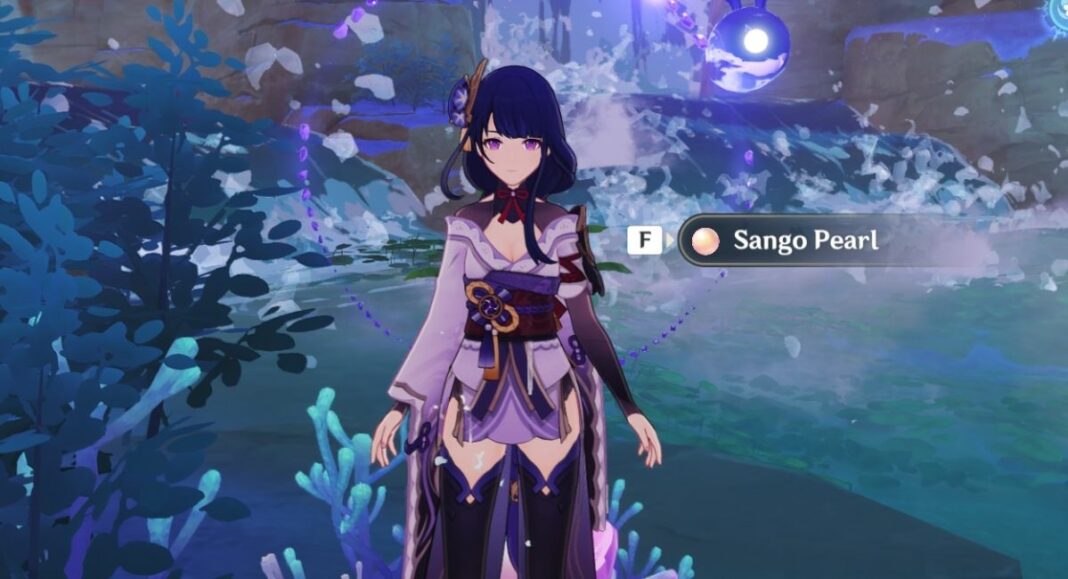 Sango Pearl is one of the many Inazuma Local Specialties that was added to Genshin Impact with the version 2.1 “Floating World under the Moonlight,” update. It is an ascension material that players need to ascend the upcoming five-star Hydro user and a Catalyst wielder Sangonomiya Kokomi.

In this Genshin Impact guide, we are going to share the location of Sango Pearls while talking about a farming route.

Where to Find Sango Pearl

Players can find Sango Pearl on the Watatsumi Island of the Inazuma region.

As we mentioned earlier, the Sango Pearl is an Inazuma Specialty that players can use to ascend the upcoming playable character, Sangonomiya Kokomi. To level up Kokomi till max ascension, players need 178 Sango Pearls.

Related | How to Get 10 Free Wishes in Genshin Impact 2.1

Currently, there are around forty-three Sango Pearl that players can find all around Watatsumi Island. Moreover, Kokomi is going to release in the second half of the Genshin Impact 2.1 update, on October 22, 2021. You have around twenty days to farm Sango Pearl.

In the wake of that, coming up with a simple Sango Pearl farming route is more than enough for Kokomi.

In the above Genshin Impact map, you can find the location of Sango Pearls on Watatsumi Island.

With the help of the above map, you can form a farming route for Sango Pearls. That aside, here is what we do to farm Sango Pearl.

The last location where you can find Sango Pearls is the area near Palace in a Pool domain.