Home Game Guides Where Are the Crashed IO Airships in Fortnite 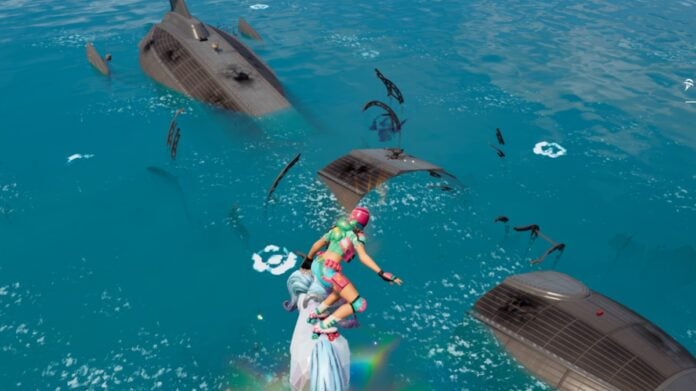 Fortnite Chapter 3 Season 2 is coming to an end and the battles fought between the Imagined Order and The Seven have caused destruction across the map. The airships that once flew above many of the named locations have now crashed to earth. There are now 5 crashed airship sites to explore as new POIs, and a fun challenge for players to complete while visiting. Find out more below!

Each of the crashed airships are found near the location they originally flew above. Some have crashed a little way away but are still relatively close by. Players can usually find an IO chest and some ammo boxes on or around the wreckage, and a Siege Cannon.

The five crashed airships can be found:

Those are all the crashed airship locations so far. The only airship still in the air during Chapter 3 Season 2 Week 9 is located at Command Cavern. A current challenge asks players to emote at three of the crashed airship locations. The easiest to achieve in one match are Daily Rubble, Coney Collapse, and Tilted Touchdown but players do not have to finish the quest in one match if they find they cannot do so. Good luck!

Where Are the Crashed IO Airships in Fortnite