Home Game Guides When is Tilted Towers Coming Back to Fortnite? – Answered 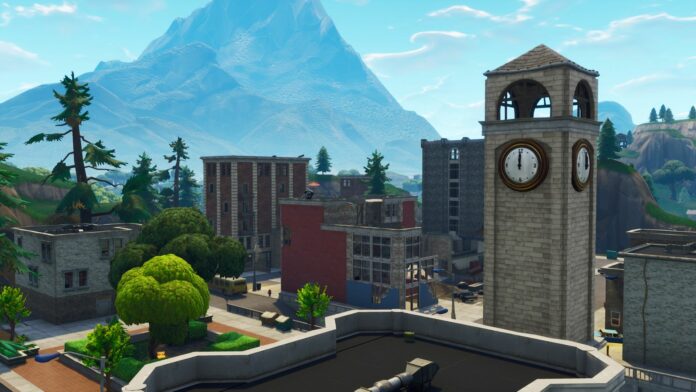 Fortnite Chapter 3 Season 1 is getting a major mid-season update on January 18, bringing much-needed map changes, new weapons, NPCs, and more. The snow has already started to melt and there are a total of 9 stages involved. Fortnite leakers have teased us about the return of the old and adored Tilted Towers POI to Chapter 3. As per leakers, the old POI is hidden under the ice and will emerge as the snow melts. This raises the question —when is Tilted Towers coming back to Fortnite?

When is Tilted Towers Coming Back to Fortnite? – Answered

With the latest Chapter 3 Season 1, we have seen some gripping new developments, and it seems like Epic Games is not done just yet. Prominent Fortnite leaker HYPEX had earlier revealed that the Fortnite 19.10 update will kick off the 6th snow stage, giving us Tilted Towers, The IO and their brand new Cave POI, Butter Cake, and Grenade Launchers among other things.

This means that Tilted Towers will be coming back to Fortnite Chapter 3 on January 18. Tomorrow also happens to be the fourth birthday of Titled Towers, so it would definitely make for a perfect day.

However, a fresh tweet by HYPEX indicates that the return of Tilted Towers may get delayed. As per their tweet, “Epic never enables a POI mid-week,” meaning that players might have to wait some more. Stage 6 of ice melting will go live on January 19, and if HYPEX is to be believed, then players might have to wait a whole week. With the mid-season update around the corner, it will be interesting to see when the famous Titled Towers makes its grand return.

RELATED – Fortnite Closed Beta Launches for iOS: Everything You Need to Know

When is Tilted Towers Coming Back to Fortnite? – Answered