Home Game Guides What is the Best Weapon in Monster Hunter Rise? – Answered 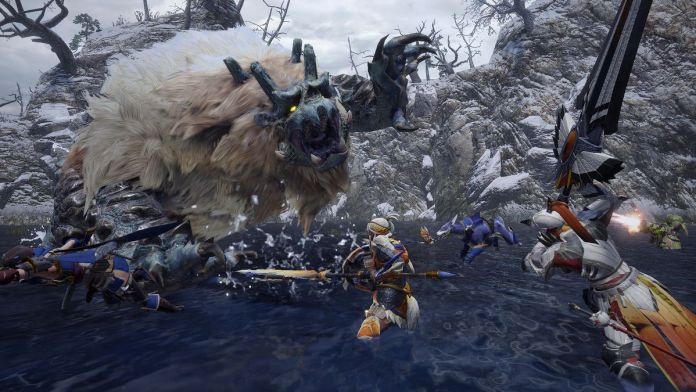 Featuring 14 different weapon types, Monster Hunter Rise provides players with all the tools they need to hunt down powerful monsters and have fun while doing so.

Not all weapon types, however, are equal in the latest entry in the series. While they are all viable, there are a few ones that are considerably above all the rest.

Here are the best weapon types in Monster Hunter Rise and the reasons why they are so good compared to the others.

As already mentioned, all 14 weapon types in Monster Hunter Rise are completely viable, but some of them are difficult to use properly, often requiring specific builds to be as effective as those that are generally considered the best.

One of the best weapons in Monster Hunter Rise is the Long Sword. The weapon has been a fan favorite for a long time, but in Rise, its popularity has skyrocketed thanks to an even bigger focus on counters, compared to its Monster Hunter World iteration, and ease of use. While using the weapon at full potential requires careful managing of the Spirit Gauge and excellent knowledge of the monsters‘ behavior to unleash counters like Iai Spirit Slash or the defensive moves Foresight Slash, the Long Sword is a weapon that lets the hunter attack continuously, making it a solid choice even for newcomers.

While the Long Sword is the only melee weapon that is universally considered among the best in Monster Hunter Rise, the Great Sword is quite close to it. Unlike the Long Sword, however, the Great Sword requires excellent knowledge of the monsters’ attack patterns, as its attacks are slow and require charging, and you need to know when to use them to avoid getting interrupted. Once the hunter learns how to use Tackle properly to power through the monsters’ attacks and set up True Charged Slash, and deal with the weapon’s low mobility, the Great Sword can be as strong as the Long Sword, if not even more. The Rage Slash Switch Skill, while less powerful than True Charged Slash, makes it easier to hit enemies with a fully charged third slash attack, as it can be freely aimed; this makes up for the general low ease of use of the weapon.

The only other weapons that can truly rival the Long Sword in terms of ease of use, mobility, and damage output are all the ranged weapons: Bow, Light Bowgun, and Heavy Bowgun. All three weapons allow hunters to damage monsters safely from afar, with amazing mobility (Bow and Light Bowgun) and good defensive capabilities (Heavy Bowgun). Of the three, the Heavy Bowgun may be the hardest to use, requiring accurate shots to deal high damage, but even so, it is an incredibly solid choice that can carry you far in the game.