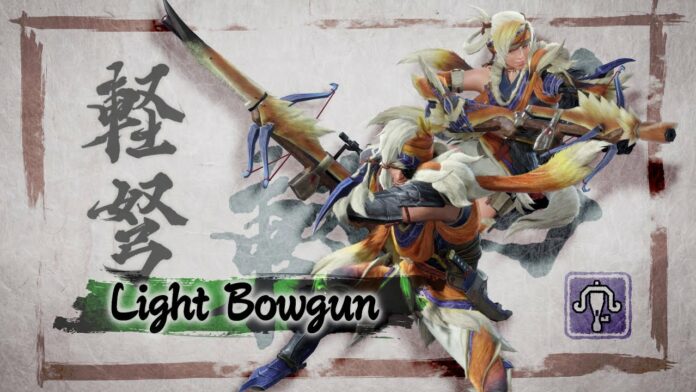 Monster Hunter Rise comes with an amazing weapon variety that makes it easy for any player to find the weapon that is best suited for their own playstyle. Whether you want to fight on the frontlines, or kick back and support your fellow hunters from afar, Monster Hunter Rise provides you all the tools you need to express yourself as you hunt down the most fearsome of beasts.

The Light Bowgun is among those weapons that are better geared toward support, rather than pure offense. But, is it a good weapon choice? Let us find out!

As already mentioned, the Light Bowgun isn’t a weapon for fighting in the frontlines. Rather, it’s a great weapon to choose if you’re playing with a team of friends and want to support them from afar while being able to chip away at the enemies’ health. With its great mobility, it’s very easy to avoid getting hit, but the complete lack of defensive options makes it so that only someone who knows what he is doing will be able to make it out from the most difficult enemy encounters alive. It has also low ammo capacity, compared to the Heavy Bowgun, so you will need to find the right time for reloading quite often.

The Light Bowgun can attack pretty quickly with its regular attacks, but using the Rapid Fire mechanics makes shots even more effective, allowing you to shoot three ammo with a single shot. This is actually a very important mechanic to master since the Light Bowgun deals very little damage and you need to increase your DPS as much as possible to be effective.

What truly makes the Light Bowgun shine as a supporting weapon is the ability to use a wide variety of ammo. Some of the available ammo can inflict status ailments to the enemies, which can make it much easier to take them down. Status ailments also work great when playing solo, as you can use the time window granted by the duration of the ailment to reposition yourself and continue on your offensive.

The Light Bowgun’s amazing mobility is made even better by the two new Silkbind Attacks added to the weapon in Monster Hunter Rise. Silkbind Glide, performed by pressing ZL and X lets you leap forward fast and also unleash a special attack by pressing ZR that not only can cut off monster parts but can also be followed up by any move and a quick, very handy reload. Fanning Vault, unleashed by pressing ZL and A, makes you vault in the air and attack with either Fire or Wyvernblast. This is a great evasive move that can let you reload safely when you are in a bind, so make sure to manage your Wirebugs properly to be able to unleash it when needed the most.

How To Use The Light Bowgun In Monster Hunter Rise