Hitman 3 is the eighth major installment in the long Hitman series. The game made its official launch on January 20, 2021, across platforms including PS4, PS5, Nintendo Switch, Xbox One, Google Stadia, Xbox Series X and Series S, and PC. It is a critically acclaimed title that recouped its development cost in just seven days. Yeah, just seven days, according to a report from GamesIndustry.biz.

What is Hitman 3 cloud version on Nintendo Switch?

Unlike the PlayStation, Xbox, and PC platforms – Nintendo Switch lacks the compute power needed to run a next-gen game with high graphical fidelity. And, to resolve that issue, Hitman 3 on Nintendo Switch doesn’t run using the console’s hardware(compute power).

Instead, Hitman 3 on Nintendo switch runs via cloud technology. And, with a strong internet connection, players can play the Hitman 3 with the same graphical fidelity as PC and Console on Nintendo Switch.

And, that is why the game is called Hitman 3 cloud version.

Players can download the free Hitman 3 cloud launcher on their Nintendo Switch and try the game for three minutes for free. And, if the internet speed is good(the game will auto-detect that), after the demo you can buy Hitman 3 cloud version by paying 59.99 USD.

If you still have any doubt regarding Hitman 3 cloud version, please do ask in the comments below.

Related | How To Unlock The Best Weapons In Hitman 3 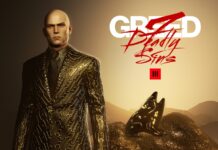 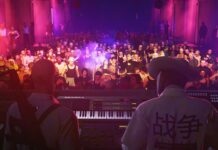