Home Guides What Are Turf Wars in Monster Hunter Rise? 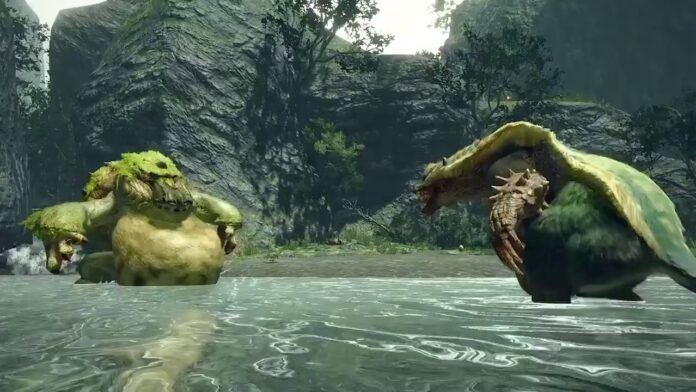 All of Monster Hunter Rise maps are filled with monsters minding their own business, but this doesn’t mean that they are friendly toward one another. While they will do everything they can to defeat you in combat, they can also be made to fight against one another, a situation that you can take advantage of in a lot of different ways.

What are Turf Wars in Monster Hunter Rise?

Turf Wars are battles between two monsters that can happen on all maps, as long as the hunter is present. Without the hunter present, the monsters will only stare at each other. Additionally, not all monsters can fight other monsters, as Turf Wars will only start with the right combination of monsters.

During Turf Wars, all monsters involved receive damage, lose stamina and can even get parts broken, making it much easier to defeat the surviving monster, once the was has ended. Additionally, the losing monsters will always become rideable, allowing you to take advantage of Turf Wars to get an additional ally to take on even more monsters.

How to Start Turf Wars

As already mentioned, Turf Wars can only be initiated between certain monsters and only if the hunter is present. As such, you will have to lure monsters around, which you can do by using Endemic Life like Stinkmink and Wallnard.

Below, you will find the list of all possible Turf Wars on all maps. The first monster of the pair is always the winner, unless specified.

What Are Turf Wars in Monster Hunter Rise?