Home Guides How To Ride Monsters In Monster Hunter Rise 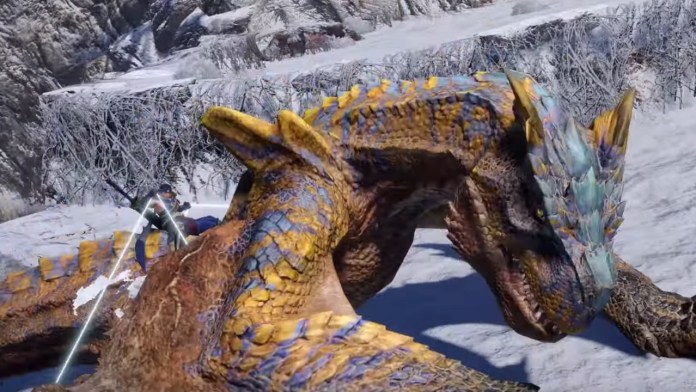 For some time, the Monster Hunter games featured mounting mechanics that allowed players to mount monsters, but in Monster Hunter Rise, things have been changed considerably with the introduction of the more complex, but way more satisfying, Wyvern Riding mechanics.

Thanks to these mechanics, players are effectvely able to fight monsters with the help of other monsters, and even evade attacks. But how does Wyvern Riding work? Let us find out.

How to Wyvern Ride a Monster

To be able to ride monsters in Monster Hunter Rise, you will need to put the monster in a mountable state by dealing special damage to a monster. This special type of damage is indicated with blue numbers.

To deal this special type of damage, you will have to perform specific attacks, such as aerial attacks. These attacks are easily performed in Monster Hunter Rise thanks to the basic Wirebug vault that launches you into the air. You can also use the Insect Glaive to perform some simple aerial attack.

In case aerial combat is not your thing, you can use a Puppet Spider, a special trap that is used as a consumable item that can deal blue damage to the monster if the monster falls into it.

In case you managed to ride a monster, but want to exchange it with another, you can also build up blue damage by making the two monsters fight one another.

One the monster has entered mountable state, just approach it and press the attack button to ride it.

While mounting a monster, you should always keep an eye on the timer. Once it has reached zero, you will be forced to leave the mounted monster. The timer slowly depletes as time passes, and any hit taken will reduce your total available time, so be careful. While mounted you can avoid attacks with the B button, so make sure to master this ability to stay mounted as much as possible.

While mounted, you can perform a variety of other actions alongside the dodge maneuver. You can unleash light and heavy attacks with the X and A buttons, and launch the monster with the Y button. Launching is quite useful when you are slamming the monster on a wall, as you can launch and remount repeteadly to deal some serious damage to it.

The final move that can be performed while mounting any monster is the Mounted Punisher move. This move can be unleashed only once the dedicated gauge is full. And how do you fill it up? By attacking monsters while mounted, of course.

How To Ride Monsters In Monster Hunter Rise