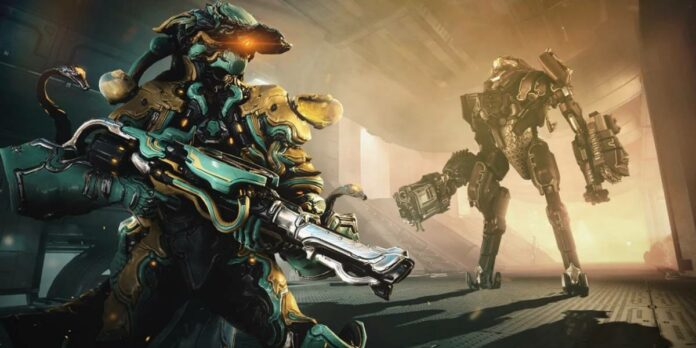 The Sentients are attacking the Origin System yet again, and this time they’re using special weaponry designed to disable Warframes! All Tennos must take control of Necramechs to fight back against the Sentient Orphix. We’ll show you how to navigate your way through this event quest line in our Warframe: Operation Orphix Venom guide!

How to Start Operation: Orphix Venom

You must have completed The War Within and the Heart of Deimos quest lines before you can access the Operation: Orphix Venom quest. Doing so unlocks Operator mode, which lets you use Transference into Necramechs to take control of them.

Once you’re eligible for Operation: Orphix Venom, the Star Chart’s alert bar will notify you of three different missions:

How to Complete Operation: Orphix Missions

Operation: Orphix Venom missions are essentially survival missions. These missions take place on large maps, and your main objective is to destroy the Orphix that spawn. Orphix can spawn in three different locations on the map.

During the mission, there’s a counter at the top left called Sentient Control that gradually fills up when there’s an active Orphix on the map. Allowing Sentient Control to reach 100% will immediately end the mission, which will result in failure if you haven’t destroyed at least three Orphix. Destroying an Orphix will reduce the Sentient Control by 50%, so you’re essentially on a timer for the whole mission. Be sure to move swiftly!

After the initial three Orphix, the game will then randomly choose one of two potential spawn patterns. They are as follows:

Yes, this means you’ll fight two Orphix in a row at point C, no matter which pattern the game chooses. Be ready for a continuous fight when you get to the end of your spawn pattern!

The mission is complete after you take down three Orphix, but you can choose to extract or stay for more rewards. We recommend extracting from the Normal and Advanced missions, because the one you’ll be grinding is the Endurance mission — more on this later.

How to Fight the Orphix

Orphix are surrounded by a pulse field that removes buffs and disables Warframes — this is why you need the ability to enter Operator mode to take control of a Necramech. You don’t need your own Necramech to fight the Orphix, as you can use the ones that Father left around, but if you do have your own, use it as it’s probably way stronger than the generic ones.

In control of your Necramech, you’ll need to locate and destroy Orphix Resonators near the Orphix itself. An Orphix always has at least three Resonators nearby, and destroying them all will cause the Orphix to open up and reveal its blue weak point, allowing you to damage it. The Orphix will spawn in Sentient enemies, so be prepared for a fight.

At about half health, the Orphix will close up, and the Resonators will respawn. Seek them out and destroy them again, and then you’ll be able to fire upon the Orphix until it is destroyed for good. Any enemies that were summoned by the Orphix will immediately perish when the Orphix goes down. Remember that Orphix will continue to spawn even when you’re fighting one!

Completing Opeartion: Orphix Venom missions will reward you with a special currency called Phasic Cells. The amount of Phasic Cells you get from a mission are directly equal to your mission score, at a ratio of 1 Phasic Cell every 10 points.

Earning points is a simple as destroying the Sentient and Orphix. Enemies destroyed will reward you with points that scales up the longer you survive, with more points awarded on the harder difficulties. Remember when we said that you should complete the Normal and Advanced missions once, then grind out the Endurance mission? This is why!

For example, destroyed Orphix are worth 100, 150, and 200 points on Normal, Advanced, and Endurance, respectively. They’re worth 50 more points after the first three Orphix, which means if you’re after points, playing the Endurance mission is the way to go.

You’ll also passively gain points for every second there is no Orphix spawned in on the map. This means that a fast and deadly squadron of Necramechs can earn a ton of points quickly if they’re on the ball, so we highly recommend bringing in some friends to help you out.

And that just about wraps up our guide on the Warframe Operation: Oprhix Venom event quest. If you have any other questions or tips to share, let us know in the comments below! 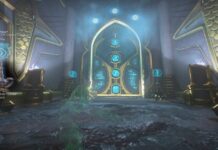