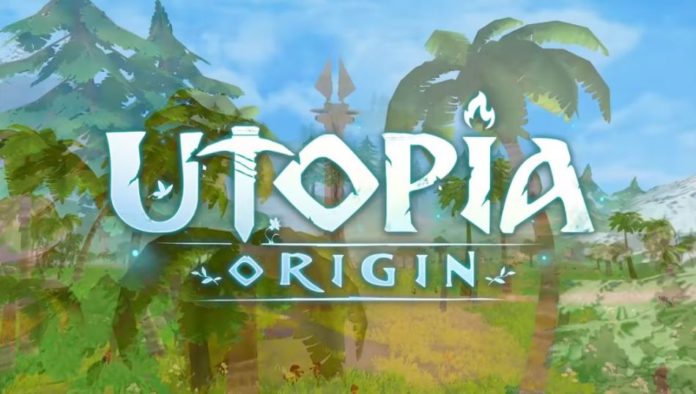 The Utopia: Origin tips and cheats we will share with you in today’s guide will help you choose your own path and create everything you need in order to survive for a long time, from gathering materials to crafting survival weapons and many more.

If you like survival games, then Utopia: Origin will deliver everything for you to successfully create your destiny and path in life, but also fighting other players. Combining both PvP and PvE, these Utopia: Origin tips and tricks will cover everything you need to know! So let’s not waste another second and dive right into it!

When you create your very first character you will have the option to choose between Chaos and Peace. Chaos is the equivalent of PvP friendly realm, while Peace is the PvE one. I strongly suggest that if you are a new player, you should definitely go for the PvE because if you’re not yet familiar with the controls and the game mechanics, this will help you get used to them. 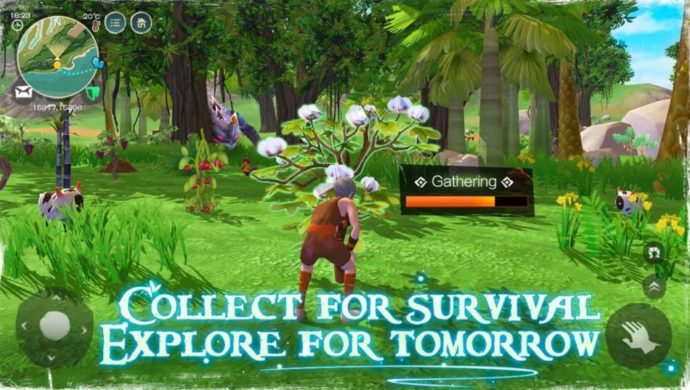 You can swap to PvP later on after you got used to the game, or simply create a new character in the Chaos world. By starting in the Peace world you cannot be attacked by other players, and it’s going to make things easier to get used to.

As I mentioned in the introduction, if you like survival games then this game has everything. If you’re already familiar with the genre, you can start in the Chaos mode, but you will have to deal with other players and (possibly) their allies. So, consider yourself warned!

You have PvP shield protection until level 20

This is an interesting feature that will allow you to start in the Chaos mode freely without getting killed on spawn (good thing they have thought of it, because there are some games that let you get killed instantly over and over). Once you decide to go down this path, then until level 20 you should make sure you have some good items and possibly some allies nearby.

Once you reach level 20 in the Peace mode, you can choose to switch between PvP and PvE, but it comes with a twist. If you choose to kill someone who doesn’t have the PvP option enabled, then you will get some “infamy” points. Those danger points, if you keep acting recklessly, might end you up in jail, so be careful! 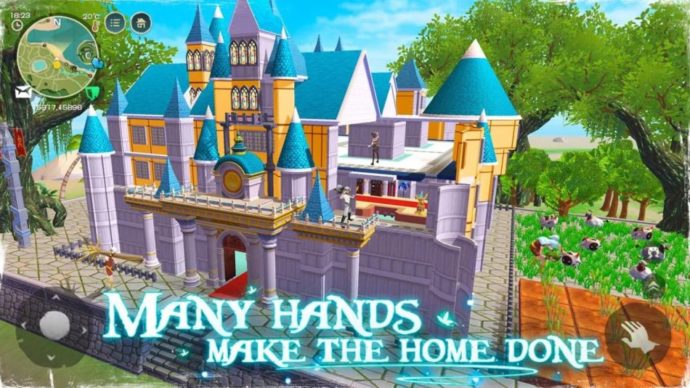 Keep track of your needs

Just like in every survival game out there, this is no exception from the rule: you need to take care of your basic needs! Like every real human being, your character in Utopia: Origin needs food and water. Don’t neglect these needs because you will grow weak and lose health, which will lead to a slow (but sure) death.

Since we don’t want that, but rather to survive for as long as possible (d’uh, it’s called survival for a reason) we’re going to tell you everything you need to know about those basic needs.

Firstly, to get water all you need to do is to find a pool of water (preferably a lake or a river), walk right into it, and your character’s thirst will tone down. Secondly, the food! There are many ways to gather food, but the easiest one is by gathering berries from the forest.

Whenever you run into a bush during your strolls through the forest, just take that extra step and go pick the berries up! They will definitely come in handy sooner or later, or even when you might least expect it. By eating you will not only satisfy your hunger, but also replenish your health bar.

If you have had a long PvP session or have been fighting beasts in the forest (for whatever reasons) and you haven’t bothered to dodge their attacks, your health might have lowered a little. By eating you will replenish it, so always make sure you have some extra food with you in your inventory. 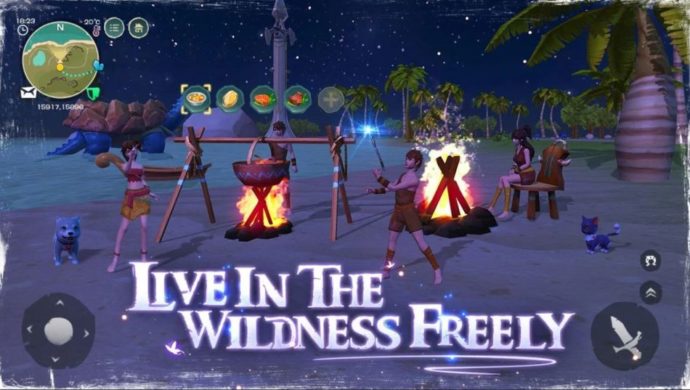 The Beacons are those big looking towers that let you switch locations. When you first start the game you’re close to a Beacon, but after you start adventuring through the map you might run into others. Always make sure you uncover as many as possible, because after you do you can choose to teleport between them.

I suggest exploring the map and locating the nearest Beacon to your base (or the place that you want to settle down in). After thoroughly exploring the area, you can note down a few zones where you either have found animals or food or any other good resource area, and keep farming there.

You can use the Beacons to cut down some time spent walking to the locations, because since they act as portals, they will help you a lot. Another thing I suggest that you do is not carrying too many things with you when exploring. 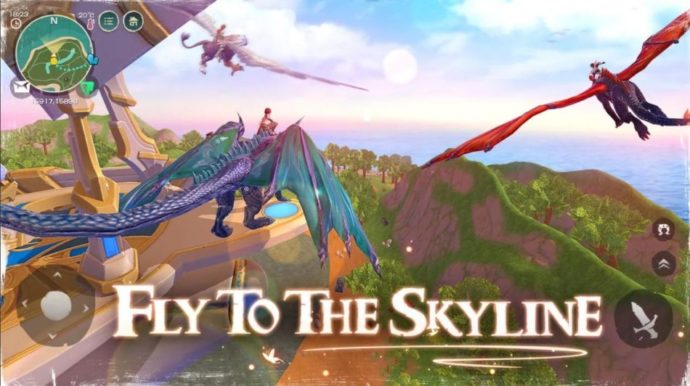 When you have too much clutter, you will be slowed down and if you happen to find something useful, you might end up spending the whole day / night outside just trying to walk back. Oh, and on the same note, use the mounts once you gather them instead of keeping them in your inventory!

Settle down and build a house

After exploring left and right, you might want to have a place that you can call “home”. This is where you might start wanting to gather materials and build a house. In order to build one, you are going to need a Hearth Cornerstone. This item will cost you 100 Rock and 100 Wood, so make sure you farm those up ASAP.

I suggest building the house next to a Beacon so whenever you want to start exploring you won’t have to spend too much time walking back and forth. Also, I also like the beach, so a house with a beach view has always been on my mind. In Utopia: Origin you can pretty much place your house anywhere you like, so if you want to have a beach house, make sure it’s a beach house next to a Beacon!

Another thing to keep in mind here is that you should put your items inside the house. All the facilities that will help you lead a normal and Peaceful life (or Chaos if that’s what you prefer) should also be put inside the house to keep them safe and close together. 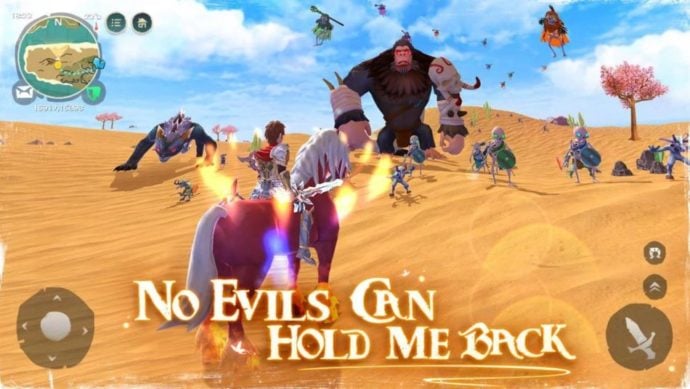 Don’t forget to decorate the house the way that you like it, so you can have a good and cozy place to come back to after long days of hunting!

Tame a mount and a pet (or more)

This is one feature that will help you deal with the game much easier. A mount will let you move faster, and you can use it while fighting too. It’s really good to tame the mount that you like, but at first you should settle for the common ones (such as the Horse) because they are easy to find and feed.

I suggest that you only start hunting for the rare mounts after you’re sure that you have a house and some good food stocked up in your inventory, because it might take a while to find one, after all, the non-common ones are living up to their name!

The pets work just the same as the mounts, except that you can’t mount them. They will follow you around and help you fight enemies, but you’re still going to need a proper mount to help you move around the map faster and safer.

This game has a combat system, which works for both players and environment. In the PvE you will fight monsters, which means that they might fight back. I suggest not standing still in the same spot as that will ensure that you take damage, but rather moving in circles around the enemy. 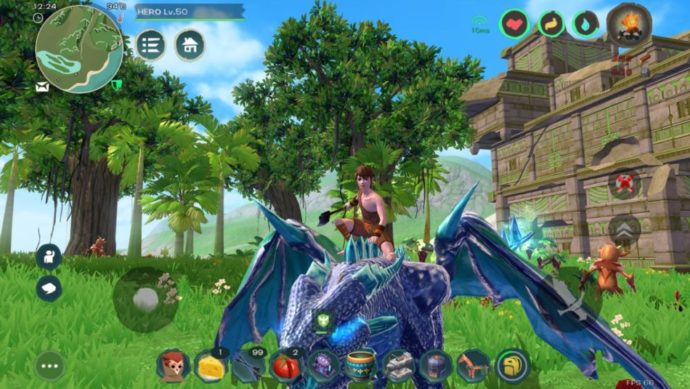 This will more likely make the enemy monster miss their hits on you, which will mean that you don’t really have to use the food in your inventory (which we hope that you still got!). In PvP this option works the same way, but you also shouldn’t be a sitting duck. Since players can attack you post level 20, you should prepare to dodge their attacks too.

I strongly suggest making moving around a habit, because it will help you with everything throughout the game, so try building it in your “reflexes” because not being a sitting duck is a great way to win fights and encounters.

Learn all the crafting recipes and start creating!

In the game you will run into many (and I mean MANY) items that you can collect. Start filling up your inventory with all the stuff that you find, but preferably the useful ones since they might count towards a useful recipe.

One of the many useful things you can create is a Lamb Chop Soup which will give you a useful buff (Stamina II), but also replenish your health and give you +50 Food and Water. This useful recipe can be created by combining Carrot and Raw Lamb Chop, which are pretty easy to gather once you find sheep. 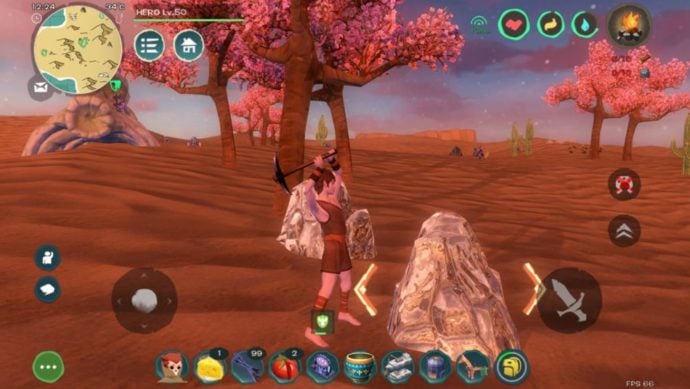 There are many more useful recipes in the game, so keep collecting everything you find and we’re pretty sure they are not going to go to waste because you will find some use for them!

And also, for some extra help throughout the game, we’ve put together this amazing list of guides to help you with everything you need, from leveling up fast to taming the mount of your dreams:

– How to level up fast in Utopia: Origin

– A fishing guide (both fishing ways)

– Utopia: Origin guide to companions & where to get them

– All cooking recipes & our cooking guide

– How & where to get the Mount you want

These would be all the Utopia: Origin tips and tricks we have for you right now, but if you know some other cool survival techniques you should definitely leave them down in the comments below so all of us can learn them! 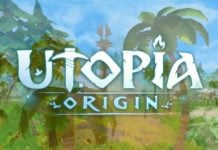 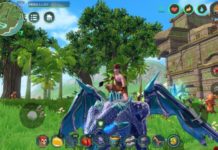 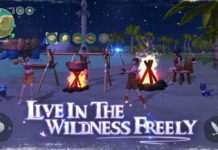