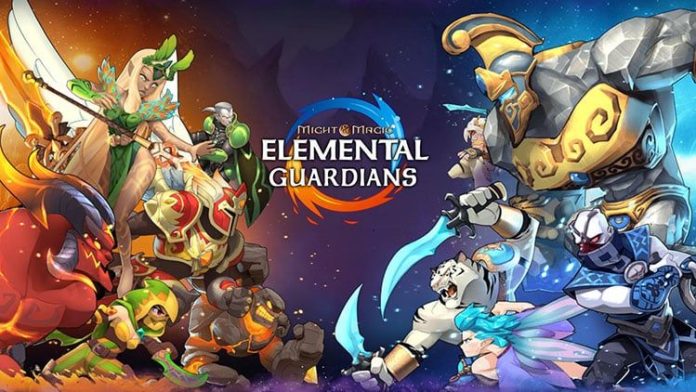 Although the game itself looks and feels mostly like your regular mobile RPG and has little to do with the Might & Magic gameplay, we still get a bit of nostalgia looking at the game’s complexity and especially customization options available in the game. This allows for deep strategic thinking and planning and most likely there won’t be two players with the same teams and setups in the game. Which is great!

But let’s stop praising the game already (we’ll do a lot of that in our upcoming review so stay tuned!) and instead let’s check out below some of the top M&M Elemental Guardians cheats and tips that will help you get the most out of this game and always come out as a winner.

Complete missions & achievements
If you want to quickly progress through the game and level up (especially early on), focus on completing the daily missions. However, the trick here is to only collect the rewards AFTER you have used up all your energy in battle.

This way, when you level up and get the refill, you actually get extra energy that allows you to go battle again. Rinse and repeat, complete missions, and you’ll have all the features unlocked in the game in no time!

Ignore 1-star monsters
Even though at first you will have to get some 1-star monsters into battle, eventually you will have 2 and 3 stars creatures in your team (or even more) and that is what you should focus on upgrading. 1 star monsters are nothing but dead weight and evolution materials for your main heroes – consider them like that and invest absolutely no resources in them!

Don’t rush to sell them either! You will need these creatures to Skill up your main heroes and creatures instead, after you get enough books for doing so.

Customize your main hero
Tapping the large building that you see when logging in to the game gives you some information about your main hero. That’s where you can change their name and appearance, but most importantly, work on their skills.

There are three Skill trees you can choose: Anima, Materia and Chimera, all with their own pros and cons and each with a ton of additional goodies to unlock.

Make sure to check out all the three skill trees before deciding upon the one to focus on improving a set. They are all good and work well with all types of strategies. We personally went with Anima – mainly because I accidentally activated it before checking out the others, but I am happy with the potential speed increase, so I have no reasons to complain.

The good thing is that if you want to, you can activate a different Skill at any time and when you do, you will receive all the upgrade points that you had invested in the previous skill. You do have to pay 10 Seals, so try not to switch too often because premium currency is hard to come by.

Know your creatures & get the best out of them
There are a ton of creatures available in the game and you will randomly unlock them as you progress through the levels and collect Soulstones. So although we can’t offer advice on what creatures to use, mainly because there are so many, we can say this:

Know your creatures! Focus on the rarest ones and level them up & improve them, but also know what each of them does. The skills are important, but also the elemental affinity (water, fire, air etc). Since you will be able to know the enemies you will fight against, getting the upper hand by selecting creatures with an affinity bonus is vital.

This is another reason why you should try to have more than one team or at least more than 4 main heroes. If you are able to easily switch from one to another before starting a battle, everything will be easier and you will always have the upper hand in battles.

Recommended team setup
As you probably know by now, there are more creature types in M&M Elemental Guardians. These are Defenders, Attackers, Support and Saboteurs. Putting the right ones together is the real challenge here and it all depends on the creatures you have unlocked.

Unlike most other RPGs for mobile, the Tanks (aka Defenders) are not as important in this game, because they can’t really draw in all the damage easily. Therefore, it’s no longer vital to have a Tank in the game, unless you have one with great skills that benefit the team.

I personally go right now with a team made up of 1 Defender, 1 Support and 2 Attackers, but I would happily switch my defender with another support or even a saboteur if they were better. I have the Crusader as my Defender and his Elemental Affinity Skill is brilliant, because it gives all allies elemental advantage over all enemies and increases their defense for 2 turns. Huge, amazing bonus!

Another great creature is one that can deliver poison damage. This seems a bit overpowered at the moment in the game, so if you have such a creature, make sure to make it part of your own team! And, of course, don’t forget about your healer!

Battle tactics
Although the preparation before actually heading into battle is extremely important in Might & Magic Elemental Guardians, the actual tactics and strategy that you use during the battle itself is also important. Here, timing your attacks is what matters the most.

Depending on the type of battle (with multiple waves or not), you should save up or use your heroes’ special skills faster or later. This varies greatly from hero to hero, but the golden rule of thumb here is that you should always use the attacks at the right moment, when they deal the most damage or their effect is maximized.

Make sure that you focus your attacks on taking out the enemies one at a time, even if you have to sometimes attack them with negative elemental affinity. Your main goal is to get rid of creatures one at a time, as fast as possible, in order to minimize the damage received by your own heroes.

Glyphs
Finally, glyphs are another extremely important element in the game. There are ton of glyphs that you can collect mainly by completing missions in the game, with various effects. You can equip them to your heroes in order to improve their stats. Glyphs can also create sets for added bonuses, which is exactly what you should focus on.

Planning is important here, as it is selecting the right type of glyph for the right hero. You usually want to increase your creatures’ speed and precision, as well as the attack and health. Obviously, the healing glyphs go to healers.

You can and should level up the glyphs themselves in order to increase their stats and even add new ones. When powering up glyphs, it appears that if you quickly tap the glyph when it is upgrading, you help it fill up the success meter, therefore increasing the success rate. Not really sure if this is indeed happening or just something that seems to work like that, but ever since I started quickly tapping during the upgrades, my success rates have gone way up. Try it!

Finally, if the glyphs you have equipped become obsolete or you simply want to try something new (or use them on other creatures), you can simply remove them, but it costs 1,500 crystals a piece. Not a lot of money, but money that you could put to better use in other areas, so try to get them right on your first try!

These would be our tips and tricks for M&M Elemental Guardians. As you can see, we haven’t been able to find any actual cheats, but we’ll make sure to update this article if things change.

Until then, if you have some tips and strategies of your own, don’t hesitate to share them with us by leaving a comment below. 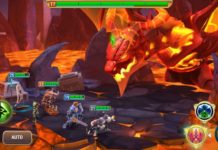 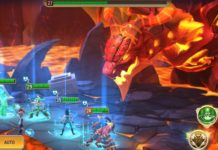