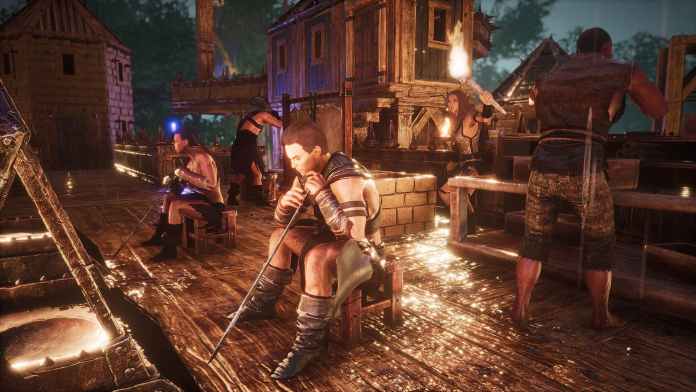 Conan Exiles offers a vast open world where players have to survive by building a shelter, gathering resources, and defending themselves from various enemies. This action-packed RPG is set in the brutal world of Conan The Barbarian, teeming with dangerous perils. However, players might get bored of the unchanging vanilla gameplay after playing for a long time.

Luckily, Conan Exiles supports various mods as it officially supports and encourages modifications. Mods are one of the best ways to make games more fun and entertaining, and this stands true for Conan Exiles. In this article, we have shared some fantastic mods for Conan Exiles.

If you want to add new gameplay and features to Conan Exiles, Emberlight is the best mod for you. It is one of the most popular mods for Conan Exiles. Emberlight expands the game’s crafting and building mechanics by introducing several new items, structures, weapons, and more. It is available for download on Steam Workshop and Nexus Mods.

2) The Age of Calamitous

The Age of Calamitous is a total conversion mod for Conan Exiles as it completely overhauls several features in the base game. Players can use this mod to increase the level cap to 120, add six new factions, new armor, new enemies, new recipes, and much more. This mod transforms Conan Exiles into a whole new experience.

Pippi is a server management mod for Conan Exiles. If you are a server admin, Pippi will quickly become your favorite Conan Exile mod. It is loaded with features for server administrators and moderators. Pippi mod features a new chat system, clan management, teleportation, warp points, a command system, and more.

For fans of building in Conan Exiles, Pythagoras Extended Building is the best mod. It improves the existing building system in Conan Exiles by adding many new structures. Players can use Pythagoras building mod to create more detailed and beautiful builds. When it comes to building options, no other mod can match the level of depth and complexity provided by this mod.

In Conan Exiles, players will eventually hit level 60, the maximum possible level in the base game. Players interested in grinding more levels can use Up to 120 level mod to increase the level cap to 120. This mod will reward you with attribute and feat points from leveling up.

There are several other great mods for Conan Exiles as well. If you discover any noteworthy mods for this game, don’t hesitate to share them in the comments below!