Home Game Guides Tips to Create a Portal and to Kill an Ender Dragon in... 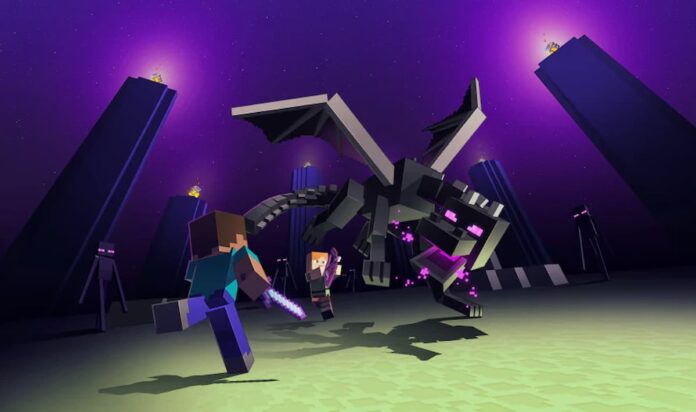 Minecraft is well known for its infinitely replayable gameplay. For the sake of having an end goal, many players consider beating the Ender Dragon as the game’s final challenge. To defeat the Ender Dragon, players have to travel through the Overworld, explore the Nether realm, and enter the End dimension.

Also Read | How to Respawn Ender Dragon in Minecraft Bedrock

Players can find empty end portals in strongholds. To activate an end portal, an eye of ender must be placed in every end portal frame. Once all 12 eyes are in place, a loud thundering sound will occur, and the portal to the End dimension will open.

Here are some tips that will help you reach the End dimension and defeat the Ender Dragon.

Eyes of ender are items necessary for activating the end portal. Players also need them to locate stronghold structures. Sometimes, players might use more eyes of ender in searching for a stronghold than they anticipated.

This can cause a shortage of eyes of ender when activating the end portal. It is recommended to carry some extra eyes of ender aside from the 12 eyes of ender required for opening the portal.

2) Set respawn point next to the end portal

Dying multiple times is common when fighting the Ender Dragon for the first time. Setting a spawn point near the end portal is highly recommended unless players have no issue traveling hundreds of blocks to get their items back every time they die.

Setting a respawn point is easy as players need to place a bed and use it to mark the spawn point. If players die in the battle, they can hop back in and continue the fight instantly.

3) Use your best gear

Ender Dragon is a boss-type mob, so it shouldn’t be underestimated. Moreover, the exit portal stays locked during the fight with the Ender Dragon. The only way out is either by dying or defeating the dragon. Players should bring their best armors and weapons to fight the Ender Dragon to have a high chance of winning.

Also Read | Warden vs. Ender Dragon: Who is stronger in Minecraft?

Naturally, most newbies would start attacking the Ender Dragon right off the bat. But it is of no use as the Ender Dragon can recover its health points as long as end crystals are active. Players will have to destroy 12 end crystals located at the top of 12 obsidian pillars in the main end island.

Shooting them down using arrows is probably the best way to blast end crystals. Players can also tower up and destroy the end crystal with their fists, but be careful of the explosion. Players can place a block between them and an end crystal to avoid explosion damage.

After all end crystals have been destroyed, the Ender Dragon won’t be able to restore its health. Then, players can use ranged weapons to attack the flying dragon and use melee weapons when it perches.

5) Bring a bucket of water

Ender Dragon has a huge hitbox. It can launch players up in the sky using its enormous wings. To avoid death from fall damage, players can bring a bucket of water to perform the MLG trick and survive the fall. If players don’t know this trick, use ender pearls to teleport to the surface when falling.

6) Use beds to kill the dragon

If a player attempts to sleep in the End dimension, the bed will explode, causing a giant explosion. When the dragon perches on the exit portal, players can use beds to kill it quickly while protecting themselves from the blast.

This strategy is fast but extremely risky and might kill inexperienced players. Interested Minecrafters can attempt to beat the Ender Dragon using beds in a test world before trying this strategy in their main worlds.