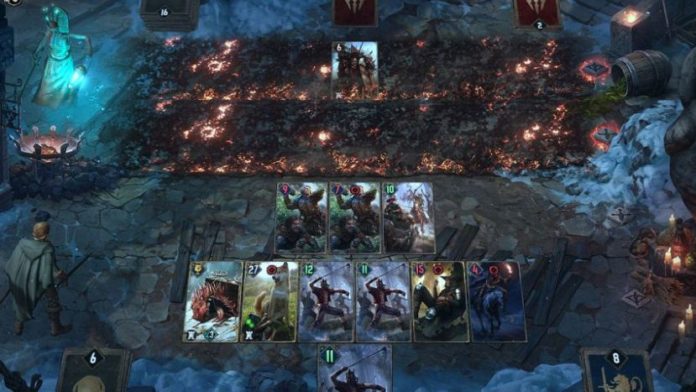 Thronebreaker The Witcher Tales is one of the most interesting game based on The Witcher universe, combining role-playing game mechanics with card game mechanics. The game has been released last year on PC, PlayStation 4 and Xbox One, and it seems like the game may be coming to Nintendo Switch.

In the last few days of November, the game has been rated in South Korea for Nintendo Switch. CDPR and Nintendo have yet to make an official announcement, so we cannot take this rating as a confirmation.

Thronebreaker The Witcher Tales features an intense and involving story set before the beginning of the games and during the novels written by Andrzej Sapkowski. Starring Queen Meve of Lyria, players will be traveling to a lot of different locations, dealing with betrayal at every turn and build an army that can reclaim the kingdoms of Lyria and Rivia from Nilfgaard.

What makes Thronebreaker The Witcher Tales so interesting are the combat mechanics. Battles are played like if they were games of Gwent, with players using the units at their disposal to customize decks and defeat enemies. Multiple difficulty levels ensure that players who are not that good at Gwent can follow the story without too many issues.

Thronebreaker The Witcher Tales is now available on PC, PlayStation 4 and Xbox One. A Nintendo Switch release has yet to be confirmed.

Thronebreaker The Witcher Tales May Be Coming To Nintendo Switch