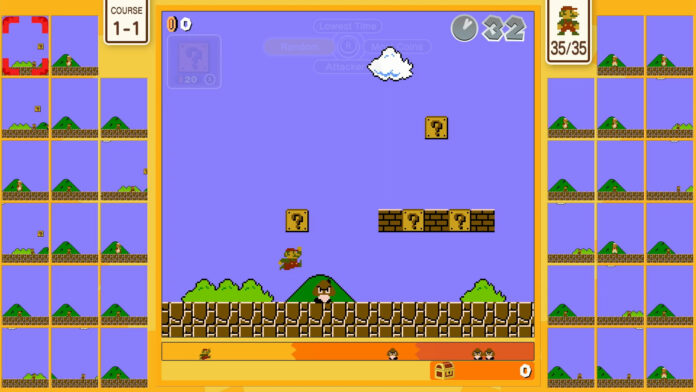 Super Mario Bros. 35 only launched a few months back for the Nintendo Switch online service, but the game has managed to become one of the most popular Switch games ever thanks to its simple yet engaging premise: a battle royale twist of the original Super Mario Bros experience.

Super Mario Bros. 35 has now become even more engaging with the beginning of a new Special Event that sees players all over the world work together to achieve some extraordinary goals.

The first World Count Challenge is now live worldwide. This challenge, which is only the first of three, tasks players with defeating a total of 3.5 million Bowsers before January 25. If this is achieved, all players who took part in the challenge and defeated at least one Bowser will be rewarded with 350 My Nintendo Platinum Points.

Super Mario Bros. 35 is now available on Nintendo Switch as part of the Switch Online Service.