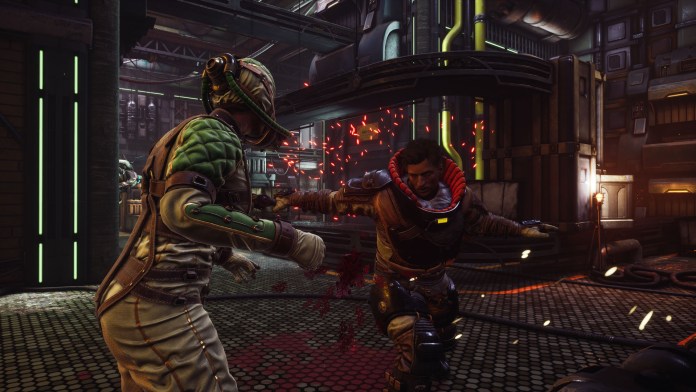 The excellent role-playing game The Outer Worlds: Peril on Gorgon is about to get even better with a new expansion named Peril on Gorgon, which is releasing soon on Nintendo Switch and other platforms. The DLC expansion promises to bring even more adventures to the game, adventures that are showcased in a brand new video.

The new video provides an extended look at the expansion new content, such as locations, enemies, weapons and more.

Better yet, the developer provides some commentary to all the action seen in the video, making it extremely informative, especially if you are on the fence. Uou can check out the video below.

The Outer Worlds: Peril on Gorgon is the first of two story expansions planned for the game. The expansion will be set on a new planet called Gordon where you will meet new NPCs, acquire new weapons, and experience brand new Perks and Flaws that will allow you to customize your character further.

Also expect the same masterful writing from Obsidian Entertainment, a development studio that requires no introduction, as it has developed some of the best role-playing games ever made, like Fallout: New Vegas, Pillars of Eternity, and South Park: The Stick of Truth.

The Outer Worlds is now available on Nintendo Switch as well as on PC, PlayStation 4, and Xbox One. The Peril on Gorgon expansion releases next week, on September 9th.