Around one month since its worldwide release, Monster Hunter Rise received its first major free update, introducing new content as well as plenty of bug fixes and tweaks.

The 2.0 update, which is live right now worldwide, introducing plenty of new monsters to the game, such as Chameleos and the Elder Dragons Teostra and Kushala Daora. The update also adds standard hunts for Apex Monsters like Arzuros, Rathalos, and Diablos.

The additions of the Monster Hunter Rise 2.0 update don’t end here. With the new update, the previous Hunter Rank cap has been removed, letting you continue to rank and unlock brand new hunts. The new update also adds Layered Armor, a new armor piece whose appearance changes without altering its stats and perks.

The Monster Hunter Rise 2.0 also features tons of bug fixes. All the details can be found on the game’s official website. 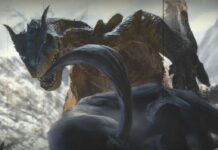