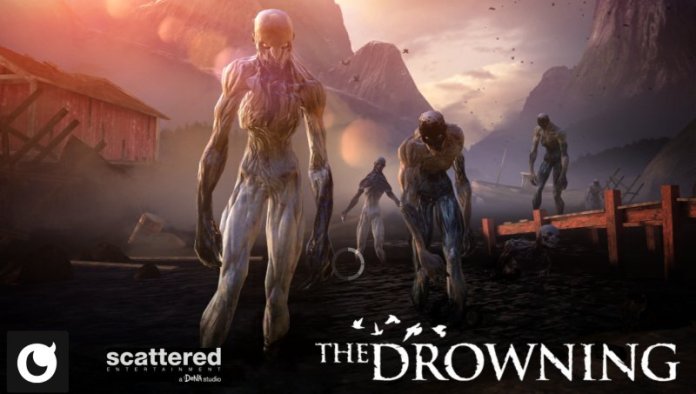 It doesn’t happen very often for a game to announce that it will revolutionize the genre, especially when we’re talking about the FPS genre. Indeed, the mobile first person shooters have rarely managed to do it right and a revolution was much needed. But did The Drowning, Mobage’s zombie shooter manage to do it, while following a free-to-play system? There’s only one way to find out: by reading this review! (And you can also read our The Drowning cheats!)

The premise of The Drowning is really amazing: set in a dystopian future where an eco-disaster has turned millions into monsters, the game puts you in the shoes of one of the survivors who must escape the world of monsters and keep on living a healthy, fun life somewhere in Hawaii (this last part is my assumption). Although not insanely original in terms of story, The Drowning sets things straight from the beginning and even adds some nice touches: by completing missions you gather materials which you then use to craft better weapons, vehicles and upgrade your existing weapons. A nice addition!

But let’s talk about the revolution of the genre! There are actually two areas in which The Drowning tries to do it right: movement and shooting. The movement is really simple: instead of using the virtual d-pad that works like crap in such games, you simply tap the area where you want to get and your character starts heading that way, automatically going around obstacles. You also have the option to change the point of view while walking (without actually changing direction) which is a nice thing that allows you to plan your attacks a bit more. I still don’t think that this control method is flawless, but it is clearly the better way to handle movement of your character on mobile devices. They do have to spit and polish it a bit (sometimes my character gets blocked in front of the zombies), but overall it’s really great!

The second area is the aiming and shooting. You no longer have to use left, right, up and down virtual keys to aim (and take forever to do so): you simply tap the screen with two fingers and the point at the middle of the distance between your fingers is where the bullet goes. This way you not only have to work a bit on aiming, but also gives you the chance to quickly shoot enemies coming from the right or left. 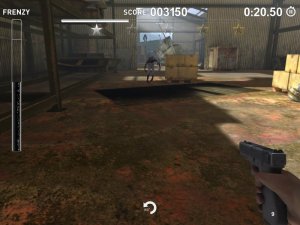 So yes, The Drowning does manage to bring a new level of evolution to the mobile FPS genre, but it still doesn’t manage to make the game feel right and natural as it is on PCs and to lesser level on consoles. Despite all the innovations, you will only end up moving forward and backwards on and on during most levels, turning around and shooting hordes of zombies that tend to stack up right in front of you. Actually standing still and emptying clip after clip makes sense in many cases and that’s not how FPS games should play.

Another part that makes The Drowning lose some of its charm is the free to play model. Although I truly appreciate the fact that the game is offered for free, the intention of it driving you crazy and making you purchase stuff for real money just to keep yourself competitive and sane. The level design is made for quick plays which on the one hand makes sense because it’s mobile gaming that we’re talking about, but on the other hand doesn’t really allow you to get into the game, follow the story and think of it as more than a quick mission based title.

Visually, the game has some beautiful 3D graphics with nice effects on the zombies, but the variety is missing and all the missions seem to be played in the same settings with few elements to actually stand out or make you feel that you’re actually moving in the game. The sounds follow the same route of being there and delivering the generic support for everything, but without them being top notch.

Despite the negatives, The Drowning must be appreciated for its positives. The new approach to how to control your character in a FPS is brilliant and I truly hope that all future games will use it to make our life easier. The game is of incredible depth and there are a lot of things to do, but expect frustration as well – frustration that is not caused necessary by the game itself, but by the free to play model where energy limits how many missions you can play and where real life purchases become the obvious choice as you progress.